Stephen Strasburg Struck Out Many Padres 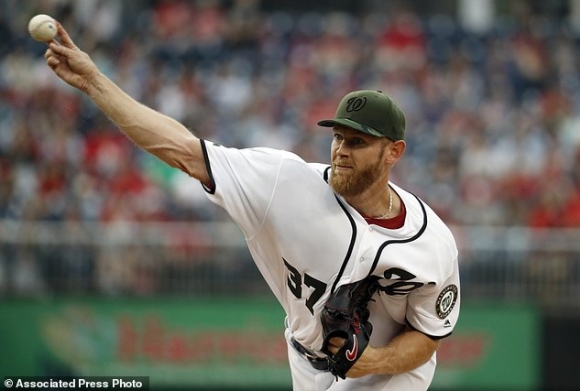 Stephen Strasburg has been known to strike out a hitter or two.

Recently in DC, the Nationals righty did this very thing against San Diego.

Here are some moving pictures for your edification.

The Padres did look pretty silly flailing helplessly at those Strasburg offerings, barely putting up any resistance.

His previous high of 14 was accomplished twice, including his very first game back in 2010.

Of course, Strasburg's injury history has been well-documented and includes spending some quality time with Uncle Tommy back in 2011.

But when healthy, dude's crazy good.

The Padres will certainly attest to that, although they were useless the entire weekend.

The day before the Strasburg gem, Max Scherzer fanned 13 of them.