Stanton Gets a Dose of Yankee Existentialism 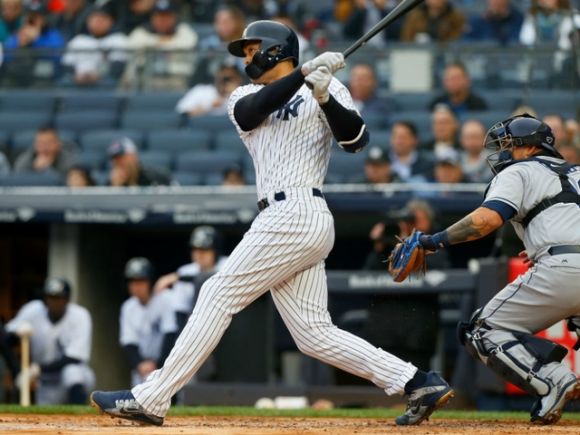 If anyone asks a fervent follower of the Bronx Bombers if they believe in the hereafter, they'll receive a resounding yes.

That's because when they gather at the House That Ruth Built v2.0, they'll tell you exactly what they're here after.

Peak performance, because they're paying premium prices to see it.

Thus, in the spirit of Friedrich Nietzsche -- which is, by definition, ironic -- Yankees fans are intensely into the here and now.

When Giancarlo Stanton hardballed his way into New York's roster, he carried $325million of expectations with him.

As with other notable visceral fan bases -- Boston and Philadelphia come to mind -- Yankee fans took that personally. It sorta comes with the territory when they're obliged to shell out what they do -- tickets, food & drink, program, souvenirs, et al -- they've got no problem expressing their innermost thoughts.

So when Stanton earns a golden sombrero plus one, it doesn't go unnoticed.

Even in only the fourth game -- their home opener, no less -- of the season that New York was winning easily:

However, the Colossus simply adhered to Nietzsche's advice -- click the link up there, dammit -- and came prepared with thick skin.

Besides, with baseball's 162-game schedule, it's designed for the German nihilist's live in the moment philosophy.

And so it was with Stanton, who opened a dinger parade today:

Nothing like atonement with style points sprinkled on top.

Gotta wonder what the play-by dude's gonna do for an encore. There's an entire season where he'll need to spread out the superlatives.

At least, that's what Yankee fans are expecting.