So, Who's Gonna Trade for Aroldis Chapman? 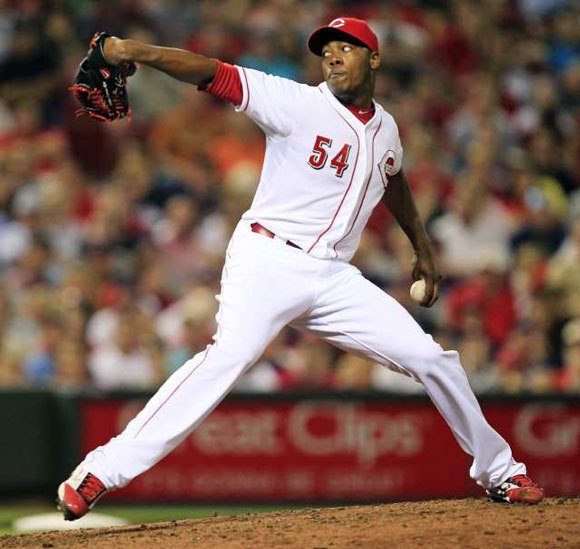 Back in his day, of course, there was no free agency. Players were bound to their teams whether they had a contract or not.

So the legendary Pittsburgh Pirate didn't have much bargaining power after the 1952 season, when he led the National League with 37 homers. Kiner was one of the few bright lights for a woeful Bucs club that finished 42-112.

Still, the slugger asked GM Branch Rickey for a pay raise, whereupon the just-as-legendary Rickey denied the request with a simple retort:

Whereupon Kiner was shipped to the woeful Cubs.

This winter, if being shipped to the Cubs was Aroldis Chapman's fate, he'd no doubt welcome it.

Next season, the Cincinnati Reds will likely prove they can finish last without him or any of his teammates whose careers won't project strongly in 3-4 years.

Chapman's got one year left on his contract at $10million, so he was a hot topic at this week's GM meetings in Boca Raton.

There was lotsa talk with the Astros, Yankees, and Diamondbacks last summer prior to the 31 Jul non-waiver trade deadline. And now?