Slugger Stanton Is a Quick Healer 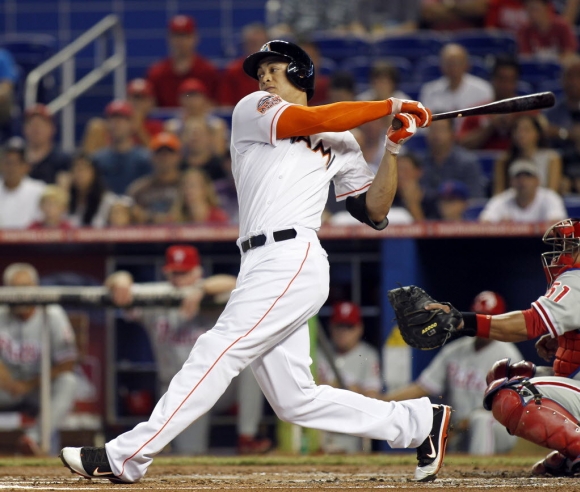 It could have been worse. Far worse.

As in Ray Chapman worse.

But it was bad enough when the Miami Marlins' top bopper, Giancarlo Stanton, took a Mike Fiers running fastball to the face this past Thu 11 Sep. The initial damage report was substantial, but thankfully, not tragic.

Incredibly, while the prognosis indicated this injury would sideline Stanton for the season, he begs to differ. However, he has improved considerably in the past few days: Maybe this will hasten another recovery, too. Some wounds aren't visible, but they're present nonetheless.