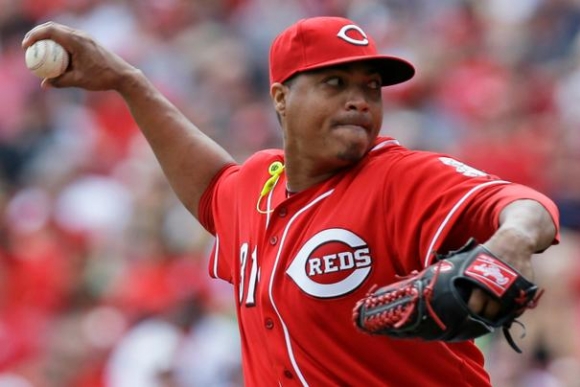 We sure took a tough one Friday night with the A's walk-off win over Baltimore.

The game stayed under Bovada's 7½ all the way -- as predicted here -- until the bottom of the ninth, when Josh Donaldson delivered a three-run, walk-off homer off Zach Britton, handing Britton, the Orioles, and me a tough 5-4 loss.

I think there's a great chance to get one back in inter-league play today when the Reds face the Yankees.

It also comes with a nice price as the Reds, who I like today, are a slight underdog at Bovada who has Cincinnati at +105.

The Reds send All-Star Alfredo Simon to the mound, and that usually means good things for them. Simon boasts a 12-3 record with a 2.70 ERA . And what you see in his last three starts by using the Bovada data tool on our Home page is just a small sample size of what he's done all season long.

Cincinnati has won 9 of Simon's last 10 starts, and he has strung together 8 straight quality starts. Keep in mind that a quality start consists of pitching at least 6 innings and allowing 3 or fewer runs. Any pitcher who strings together that kind of success and is posted as an underdog is, to me, worth a look. You know he has a very good chance of keeping his team in the game.

I think that happens today, as the Reds face the familiar Brandon McCarthy for New York. He's making his second start in pinstripes since a recent trade from Arizona. This wasn't exactly a blockbuster deal that struck fear throughout the rest of the American League. McCarthy wasn't terribly effective in Arizona, and he has definitely struggled against Cincinnati (check out his last two starts against the Reds).

Cincinnati's bats do scare me a bit, as they can go silent for long stretches ... especially right now, with Joey Votto and Brandon Phillips on the disabled list.

But this play is all about Simon. He should give the Reds every chance to win the game, and getting about 5 cents on the dollar, the Reds are definitely worth playing.