Should the Angels Trade Trout? 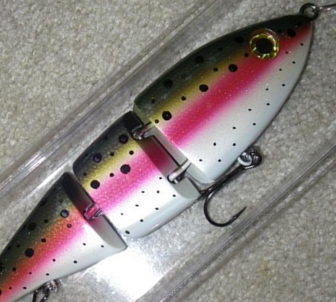 Things are looking fairly bleak in the City of Angels.

To be fair of the city of Los Angeles, the Angels actually play in Anaheim.

Also, it's only the month of May.

Still, the Angels have been a major disappointment over the past few seasons.

It all started in 2012, when the Halos signed stars Albert Pujols and CJ Wilson, as well as adding Zack Greinke in the middle of the year.

They also had some no-name dude entering his first full rookie season.

I think his name is Mike Trout.

This super team failed to live up to the hype, and World Series dreams turned into a missed post-season nightmare.

Not to worry, though.

They signed super-slugger Josh Hamilton the following off-season to a massive contract.

No chance that dude would bottom out and require the club to trade him -- as well as pay more than 60% of his salary -- within two years.

Of course, that bit them in the butt in more ways than one.

For all their spending, the Angels have only been able to muster one post-season appearance since 2012, as their AL West division title in 2014 resulted in a first-round exit via a sweep at the hands of the Kansas City Royals.

2016 hasn’t brought brighter days to the suburbs of Anaheim, either, as the club currently finds itself below the .500 mark.

The situation isn't being helped with star pitcher Garrett Richards being done for the season, joining other starters Andrew Heaney and CJ Wilson on the sidelines with injuries of their own.

Prospects for the future aren’t much brighter, either. The Angels have MLB's bottom-rated farm system.

The question now is, what do the Angels do?

A team in their position should most likely look to rebuild. The best way to do that is to sell off valuable assets for a plethora of prospects.

Who is the Angels most valuable asset?

Without question, it’s the Millville Meteor himself, Mike Trout.

I know it sounds crazy. What team would be dumb enough to trade the best player in baseball?

The Angels GM basically said so himself.

Trading Trout would be a tough pill for Angels’ fans to swallow, especially considering the disappointing nature of their team over the past few seasons.

But be real. As great as Trout is -- and dude's great if not GOAT -- he's still just one player. In baseball, one great player does not a great team make.

As an example, remember Ralph Kiner?

Remember what Pirates GM Branch Rickey told him when Kiner tried to leverage his position for more money?

If the Angels were able to get a haul of solid prospects for Trout -- assuming they'd do as well as, say, Pat Gillick --  they'd be able to build the foundation for a competitive team.

I doubt a potential Trout deal will ever happen, but the Angels should at least consider it.

No matter how many MVP’s and Corvettes he collects.