Shoot Through Blue: LA Dodgers to Remain in Australia for Entire Season

Published on 23-Mar-2014 by Xavier McSpaniel 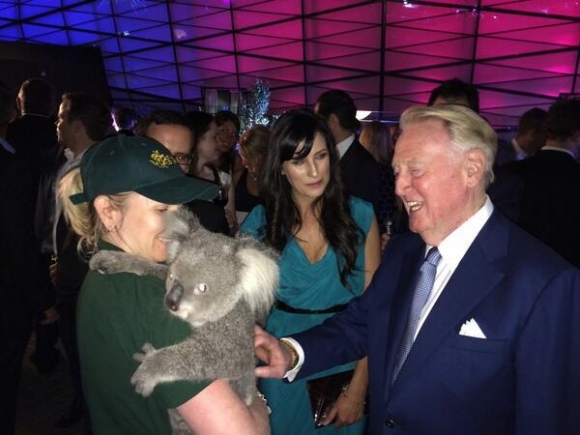 Following their impressive two-tilt sweep of the Arizona Diamondbacks in far away Sydney, the Los Angeles Dodgers have opted to play all their home games Down Under in season 2014.

"We're undefeated at the Koala Cricket Stadium Field Whatsit," said a Dodgers spokesperson, wearing Speedos and drinking a glass of Yellow Tail on Bondi Beach. "We think we can win another seventy-nine games here."

"The crowd support has been sensational. The Aussies are much more knowledgable about baseball than the movie extras attending our games in LA."

"They even understand Yasiel Puig has been playing with an injured chazwozza."

How does Zack Greinke feel about staying put?

"He's excited. He thinks he can win a Cy Young pitching in this park, especially with hitters having to use cricket bats."

Any concerns over the travel for away games?

"None. Given we're set for eighty-one wins at home, we're going to forfeit every game away except for those on the West Coast."

"Actually, we'll probably skip Oakland. Who the hell wants to go to Oakland?"