Shohei Ohtani Has a Boisterous Fanbase 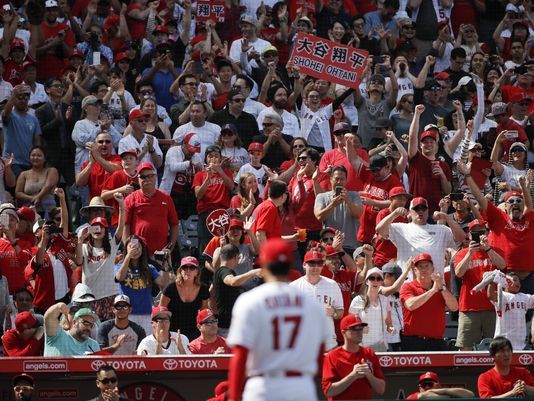 The legend of Shohei Ohtani seemingly grows by the second.

He has certainly lived up to the billing so far, and his rabid fanbase isn't shy about expressing their unwavering devotion.

While the fans in L.A. have obviously embraced the phenomenon, things also get a little weird on the road.

Well, during a recent game in Kansas City, the Angels dugout was actually forced to request that a small band of Ohtani groupies hold it down behind the dugout.

Yes, this is an unusual development at a ballgame.

Perhaps the sound was magnified because Kauffman Stadium was more than half empty, as many ballparks have been during this young season.

Or maybe these female Japanese exchange students are just really into the nuances of the game.

Whatever the reason, the reality of Ohtani is impossible to deny.

That was the dude taking a perfect game into the 7th inning while fanning 12 in his second career start.

And how about that stick work?

If this silliness continues, it will become increasingly difficult to silence the masses.