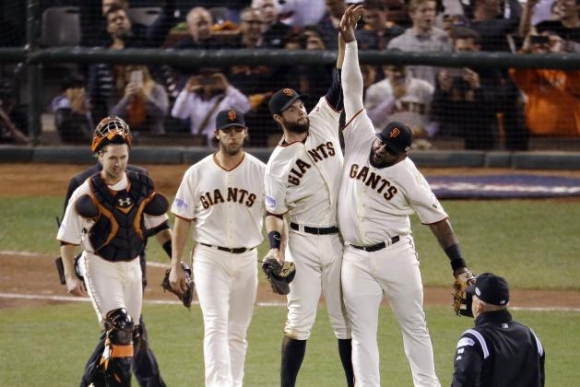 As predicted by all but the most stalwart of Kansas City fans, once again the Royals were no match for MadBum's proton torpedoes.

Madison Bumgarner shut out Ned Yost's crew, 5-0, in Game 5 of the 2014 World Series to give the Giants a very nice chance of extinguishing the fire kindled by the passionate heat of Royalites at the big K in the final one or two games of this year's Fall Classic.

And what a terrific contest it has been so far! No matter which team loses, this has been one heck of a Series. It's been great from a Giants fan's perspective to see the Orange & Black Machine roll over and crush such feared opponents as the Texas Rangers in 2010 and the Detroit Tigers of 2012.

The exquisite torture of this 2014 World Series is in the much-touted evenness of the two clubs and the resulting tense and competitive games. Whatever happens now, the final game of the year has been played at the gorgeous AT&T Park. Time for the Giants to face the ultimate test of finally vanquishing the Royals in Kansas City's own court, as it were.