SF's 'Killer P's Poised to Prance to Another NL Title 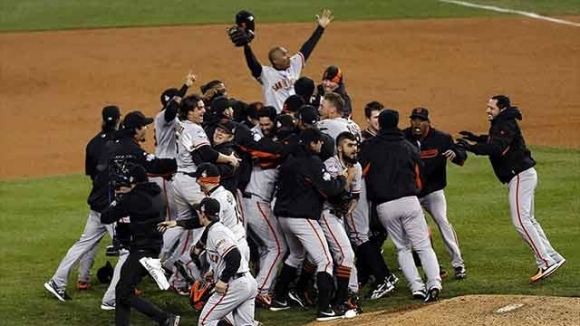 Now that the 2013 major league baseball season is in full swing, both National League and -- thanks to constant inter-league play -- American League teams are all gunning for the World Series Champion San Francisco Giants during the regular season.

The Giants, for the most part, are reunited and it feels soo good. With able second baseman Marco Scutaro the only disruption of alphabetic pace in a formidable lineup of Killer P's that is sure to pique the attention of opposing pitchers throughout the leagues.

Last year, after some ups and downs, Angel Pagan proved to be the ideal guy to bat atop the Giants' potent lineup. In 2013, Pagan will be looking to reassert his claim on that role. Batting behind Pagan will be Marco Scutaro. He certainly showed his mettle after 'the blockbuster' trade that brought him to play in the Bay Area.

Other letters notwithstanding, batting third is the Panda that vanquished the Tigers. After his kung fu magic single-handedly demolished Detroit's ace pitcher, the Tigers were mere pussycats. Much ado is made about Señor Sandoval's weight, but that simply seems to be a part of Pablo's mystique.

Batting cleanup is newly-minted multi-millionaire Buster Posey, MLB's 2012 NL MVP. A rare combination of talent and modesty, with that impressive new contract, the Giants' catcher and field leader is set for life. Freed from any concerns about providing for his family, Posey can concentrate on honing his formidable batting and defensive skills.

Two seasons removed from that horrendous injury, look for the 2012 reigning batting champion to continue his pursuit of baseball immortality. Following him is the bug-eyed cheerleader that inspired the team to championship heights last year, Hunter Pence. Not many teams can throw two 100-RBIs-per-season candidates in a row like Posey and Pence at their opponents like the Giants can.

So there you have it. The Killer P's are poised to prance to another profound finish and become a 'three-out-of-four-peat' in 2013. Many pundits -- and kajillions of Dodger dollars -- will dispute the relative chances of the Giants doing it again this year, but Pagan, Panda, Posey and Pence will beg to differ.

And in their current form, they won't have to beg for long. 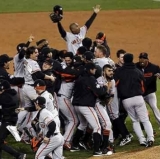