Sergio Romo: Back Where He Once Belonged 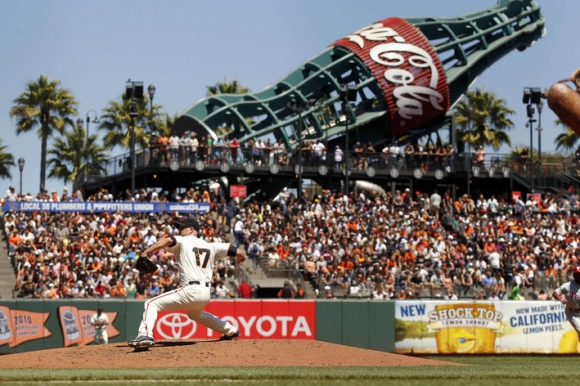 As the Giants faced the Phillies on late Saturday afternoon in the top of the ninth inning holding on to a slim one-run advantage, fans of the Orange & Black gleaned a measure of hope from multiple factors.

Firstly, their team had come roaring back after being down by five runs to take the lead, 6-5. Relating to personnel, Michael Morse continued to defy naysayers by scoring a run, knocking one in, and banging out three hits in the process. Sergio Romo, their former closer was -- for a day at least -- back where he, as Paul McCartney might have termed it, once belonged.

And in nailing his 23rd save, performing as if he had no intention of permitting any further usurpations of that cherished place in his neck of the woods as the Giants closer. Jeremy Affeldt also continued to solidify his role as set-up man. Shining during a sterling 1⅓ innings of relief for the win.

Along a similar vein, Phillies leftfielder Domonic Brown dominated the moment with a robust single to center. What’s remarkable about it in this context is that Angel Pagan was even there in center field, and not on what’s almost become his customary place -- on the DL-- to assure that Brown didn’t try to stretch it into a double.