See Ya: Four More MLB Notables Who Would Be Voted Off 'Survivor'

Published on 28-Feb-2014 by Xavier McSpaniel 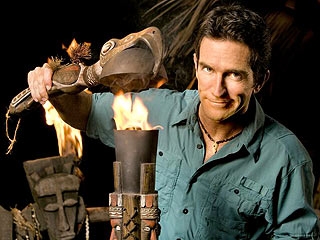 He must have have felt more alone than a Marlins season ticket holder.

Miami president and great train robber, David Samson, has been voted first man back to the dugout on the new series of CBS' 'Survivor'.

In the initial episode, Samson managed to weasel his way into leadership of the 'Brains' tribe (the other crews were 'Brawn' and 'The New York Mets') but whiffed trying to lifeboat pro poker star Garrett Adelstein. The 'Brains' then proceeded to crap the hammock in the immunity challenge, where teams were required to negotiate a cart through an obstacle course, piece together a dragon puzzle and trade their entire roster. Following that, the cast-off vote was a mere formality - Samson striking out 4-3 at the hands of his castmates.

In the wake of Samson's demise, we at The Daily Player wondered who else in the Majors would be turfed quick-time if they were on 'Survivor'. The list is longer than Pinocchio's nose during a Ryan Braun press conference, but here's a quartet to ponder:

Michael Kay: Who wouldn't relish the opportunity to say "See ya!" to this petulant radio points-scorer and short-skirted Yankee cheerleader?

Zack Greinke: If he can't get excited about Australia, he won't last long in the Amazon.

Jésus Montero: As evidenced below, not a fan of food rationing.

Russell Wilson: Clearly too short and too fragile to gain the trust of teammates.