Published on 9-May-2018 by Alan Adamsson 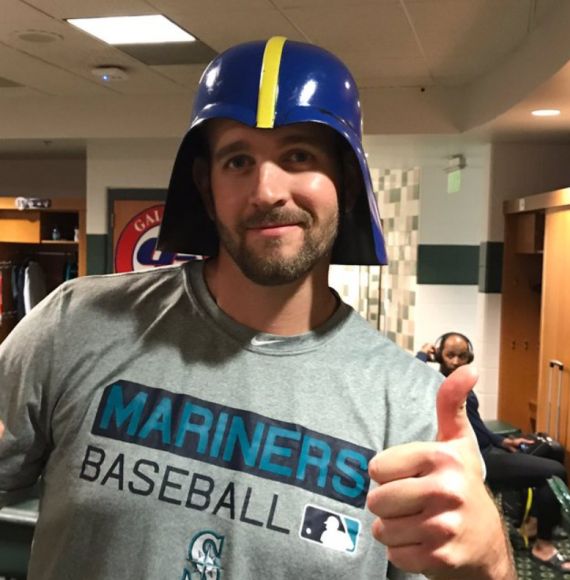 Talk about a local boy making good in a couple of localities.

James Paxton is from Ladner, British Columbia, just across the 49th from Washington and only a couple hours' drive to Seattle.

The Mariners have fans in BC, but the Blue Jays have a following.

When they come to Seattle for a series, the Pacific Northwest experiences a northern invasion the likes of which haven't been seen since the Pig War of 1859.

After dude spun a textbook 99-pitch no-hitter in Toronto, the 6-4 southpaw was hailed as a conquering hero in both the Pacific Northwest and the Great White North.

Not to mention the Mariners' front office.

Prior to this season, Paxton's spent more time on the DL than on the mound.

This year, so far, so good.

As the campaign's quarter pole approaches, Big Maple has been nothing short of electric when he's not tolerating American eagles who think they work for the INS.

In his start prior to this, Paxton punched out 16 Oakland A's.

And now, with a bitta help from the only Seager still playing this season, he offered up the coup de grace:

Paxton now joins Dick Fowler as the only Canadians to toss an MLB no-no. Fowler did it in 1945 in Philidelphia against Connie Mack's Athletics after returning with the Canadian forces after World War II.

That makes Paxton the only Canadian to accomplish this feat in his home nation.

After only Edinson Vólquez fired a no-no last season, the majors have already seen three before the summer solstice. The other two:

Toss in a buncha close calls -- even the timeless slave to gravity, Bartolo Colón, had a turn -- and odds are there are more on the way.

It's what comes with the Homer-or-Gomer sorta way the game's being played right now.