Seattle Mariners Find New Skipper: Search Continues for a Millionaire and His Wife; a Movie Star; the Professor; and Mary Ann 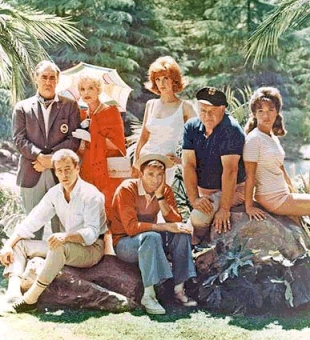 The latest round of manager musical chairs has gone to the Seattle Mariners.

The news was first reported by the Puget Sound Business Journal, which leads one to ask the proverbial question: Did the writers from the Seattle Times and Seattle Post-Intelligencer even care?

Even the local sports talk radio scene didn’t really give this much airplay, although to be fair, information wasn’t available until much later in the day. In a surprising development, the McClendon hiring is item No 8 on ESPN.com’s headline news list, right behind a story about the new World Series of Poker champion. If the Red Sox would've signed a backup shortstop or shifted to an argyle for its logo, it probably would've been right behind that story, too.

So, the Mariners will head to Peoria in early February with their eighth manager in 11 seasons, and the third manager GM Jack Zduriencik has been forced to hire in his short tenure. It's not a comforting sign for him that the team's fan base continues to be jaded, showing irreverence to any moves he's made.

Based upon the water cooler talk this week, only the firing of President Chuck Armstrong and CEO Howard Lincoln would truly get Mariners fans excited. That’s right, M’s fans would get more buzzed about a firing than a hiring or free agent signing.  Talk about addition by subtraction!

Speculation had the Mariners leaning towards tabbing former 2B Joey Cora, who quickly became a fan favorite when he had to be consoled by rookie Alex Rodriguez after the Mariners lost 1995 ALCS. He seemed to be the ideal candidate, as recent Mariners teams have given managers plenty of reasons to cry.

Perhaps McClendon could hire Cora as a bench coach and even bring back some other fan favorites to work with a very young team. At this point, the Mariners have nothing to lose except more games, something that would go unnoticed, anyway. In fact, if I were boss for a day, I would hire Edgar Martinez as hitting coach, Jamie Moyer as pitching coach, Dan Wilson as bullpen catcher, Jay Buhner as bench coach, and make Alvin Davis and Jim Presley 1B/3B coaches respectively.

If Ken Griffey Jr were more amicable with upper management, it would be awesome for him to be involved with the team in some capacity. Unfortunately, the way things ended with him essentially driving off in 2010 and calling Lincoln when he stopped for gas in Montana to say he was leaving the team, it doesn’t exactly give the impression of warm fuzzy mutual feelings.

You have to be pretty distraught to make the drive from Seattle to Orlando when you’re a gazillionaire and could easily pay for first class on the next flight out of Sea-Tac International Airport.

McClendon is already fighting an uphill battle as he takes over a roster littered with underachieving prospects, which at this point are all products of the Jack Z regime. I still hear fans blaming Bill Bavasi for the mess we’re in, but he was shown the door in 2008 after putting all-stars like Adam Jones, Chris Tillman, Shin Soo-Choo in other teams' uniforms and deciding Brandon Morrow was a better draft choice than the University of Washington's ace, Tim Lincecum.

With the talent-laden AL West -- Note: I’m not referring to the Astros in that group yet -- the Mariners will be hard pressed to finish any higher than fourth in 2014.  I don’t care if they sign Robinson Cano, Jacoby Ellsbury, and trade for Giancarlo Stanton! Forget the curse of the billy goat, Safeco Field is where free agents come to squander their careers away.

McClendon was largely successful as the hitting coach in Detroit, but it helps when you have Miguel Cabrera, Prince Fielder, Victor Martinez, and Jhonny Peralta! McClendon is also most famous for the tirade he threw in 2001 as the Pirates manager, and literally stole first base.

Let’s hope he creates more unicorn and rainbow type memories during his tenure in Seattle. 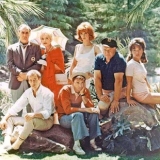 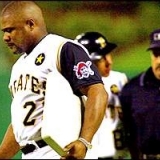