Scoring on the Southpaws 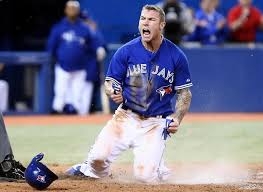 When the Blue Jays and Yankees meet, it often times doesn't matter who the pitchers are; the runs still floweth over.

That's what I see happening this afternoon in Game 3 of their four-contest weekend series.

Lefties CC Sabathia and JA Happ -- Sabathia had his name legally changed to remove the periods from his initials; we just don't like periods with initials, so maybe Happ will take a hint -- head to the hill for the Yankees and Jays respectively, and both are off to decent starts this season. Sabathia sports a 3-2 record with an ERA of 3.34, while Happ checks in at 2-1 with a 3.68 ERA. This one could have the makings of a pretty good pitchers duel; but the fact of the matter is that rarely happens (at least recently) in these series.

Bovada has the run total at 7.5, and if you examine their data tool on our Home page, you will see that eight of the last ten games between these two teams have totalled at least eight runs or higher. Even when it comes to a solid starter like Sabathia, things can be busy around home plate. Take, for example, his last outing against the Blue Jays in August 2012. Sabathia that day allowed five runs in seven innings amidst a Blue Jays' 8-5 victory.  The opposing pitcher that day: JA Happ.   A couple weeks earlier, Happ started a game against the Yankees that ended in a 10-7 Blue Jay victory.

Two players in particular love hitting against their respective opponent. Brett Lawrie is 8-39 at the plate overall this season, and all eight hits have come against the Yankees. In the other dugout, Robinson Cano has a nine-game hitting streak against the Blue Jays and is batting .474 against them during that span.

I think the two starting pitchers' reputations are keeping the total as low as it is with Bovada at 7.5, but in this match-up, that's giving the pitchers a little too much respect. I'm looking for a lot of runs in the Bronx today and playing the over.