Published on 7-Jun-2017 by Alan Adamsson 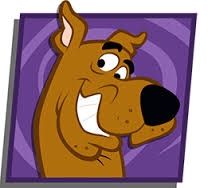 It only took 14 seasons, but the Cincinnati Reds finally got even with St Louis.

Back in 1993, Hard Hittin' Mark Whiten led the Cardinals to a 15-2 romp at old Crosley Field by smashing four home runs and driving in 12.

After which, he soon faded back into obscurity.

The eternally rebuilding Reds have a lineup that screams obscurity, so who better to serve their revenge as a dish served 14 years worth of cold than Scooter Gennett?

Then again, back in 1968, after being no-hit by the San Francisco Giants' Gaylord Perry, the Cardinals' Ray Washburn took the hill the next night and no-no'd the Giants.

Ever since its doors opened, the Great American Ballpark has been something of a bandbox, but still.

Sure, the Cardinals trotted out the dude with the weird delivery they got for Jaime Garcia in the Braves trade and a scrapper who impressively worked his way up to The Show from independent ball, but really.

Dingers are dingers. It's an accomplishment to drill one outta the yard in a major league game.

Here's something else to ponder:

For all the stir this is getting, that stat comparison should add even more luster to what Albert Pujols just accomplished.

This, however, was Scooter Gennett's night, breaking his 1-for-20 slump in historical fashion.

Not bad for a dude who started the evening with 38 career round-trippers.

His next task: make his achievement more than a trivia question.