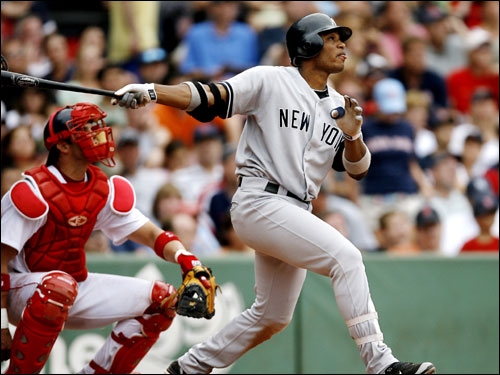 The New York Yankees seem to have caught whatever ailment the Sox had last year, as their beloved second baseman Robinson Cano has been linked to the biogenesis clinic in Florida along with aging star Alex Rodriguez. Yes it seems that the Yankees just cannot get out of the early hole they dug themselves into as the never ending controversy continues.

When it comes to the Yankees, the question going into this season was whether or not they could make the playoffs. Now the question is what else can go wrong? After losing Mark Texiara, Curtis Granderson, Derek Jeter, and Alex Rodriguez, the Yankees lineup is depleted at best. Now the new face of the franchise is accused of steroid use and being swept up in the MLB’s latest attempt to squash any form of PED use.

Cano has followed suit with many before him by denying any connection with the report but has not offered much more in the way of an explanation as to how his name could possibly have surfaced.

Cano does have an interesting alibi, though; he claims that he didn't go to the clinic for treatments, but he did contact a nurse outside of the clinic about a new diet. If you think something smells fishy -- rich in Omega 3, don'tcha know -- you’re not alone. When it comes to PED’s, the MLB is fighting a losing battle. Somewhere, something is being concocted in a lab that can sneak past the current drug tests, which will then be tossed out in favor of new ones, and the cycle begins again.

Should Cano be found to have dabbled in steroid use or some other turbocharged substance, the Yankees will take a pair of huge hits, one offensively and another one to their public image. Stay tuned for more news as the story unfolds. Many current MLB players are on that list, including a few big names, so the PR clock is ticking ominously and damage control strategies are no doubt already being plotted.