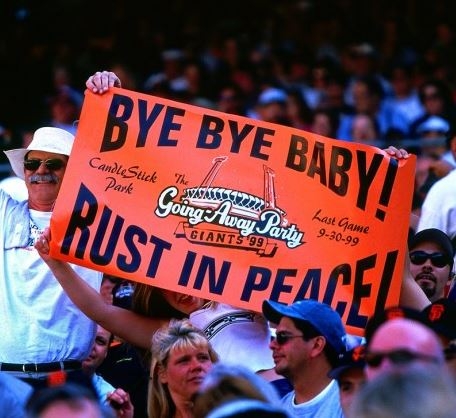 Having arisen among allegations of swindle and scam, Candlestick Park is slowly being demolished, piece by piece.

While few in the Bay Area are shedding any tears, San Francisco Giants fans are taking a collective moment to block out all of the bad in their memory banks and espouse a few of the Orange & Black's past joys and triumphs at that institution-like mountain of comfortless concrete.

Frankly, it doesn't look any worse now than it did to freezing fans when it was in its parsimonious prime:

Before we recount those moments, let's pause to reflect on the reality of Candlestick Park during most of its dreary reign:

But now that the club has gone to a far better place, it's easier to recall the top five occasions when that carbuncle -- thank you, Prince Charles -- was joyous to Giants Nation:

5.    Sun 4 October 1987... A playoff atmosphere hovered over The Stick as 53,000 fans packed the hallowed arena to witness the regular season's final game where, if the Giants had lost, it would have meant a messy one-game playoff with the rival Dodgers. Instead, the Braves' loss sent LA packing for their off-season fishing trips and the Orange & Black to the post-season.

4.    Mon 9 Oct 1989 ... On a beautiful sunny day with mild winds -- in front of over 62,000 fans-- Rick Reuschel, Will the Thrill and the rest of the Hmmm Baby crew dispatched a Cubs team stocked with plenty of stars of its own, such as Hall of Fame prospects André Dawson, Mark Grace, and Ryne Sanberg to become the National League Champions. All that needs to be said in the aftermath is that The Stick held up to that earthquake.

3.    Tue 28 Sep 1993 ... With The 'Stick's legendary winds maxing out at a benign 8mph -- and the attendance equally non-existent for 1993's final home game -- Dusty Baker's dozens quietly notched their 100th victory of the season. A 100-win season means massive baseball success by any measure. Yet, word of this milestone fell upon the deaf ears of the cruel and mocking baseball gods. 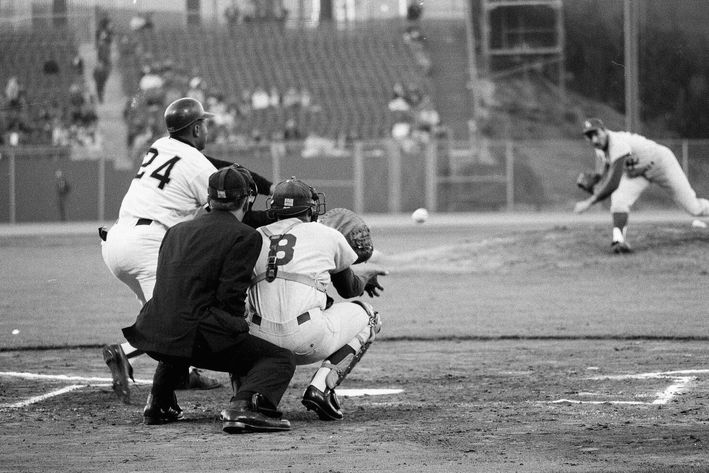 1.    Wed 27 May 1959 ... Braven Dyer's Sports Parade column in the Los Angeles Times disclosed that the team's "spanking new ballpark" won't be completed in time for any games to be played there yet during that season. But the intrepid reporter, having had the privilege of a preview, pronounced the new edifice as "a beautiful baseball stadium."

This marked the first and probably the last occasion that The 'Stick ever received such glowing praise. 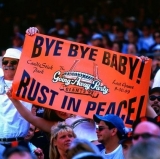 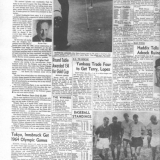