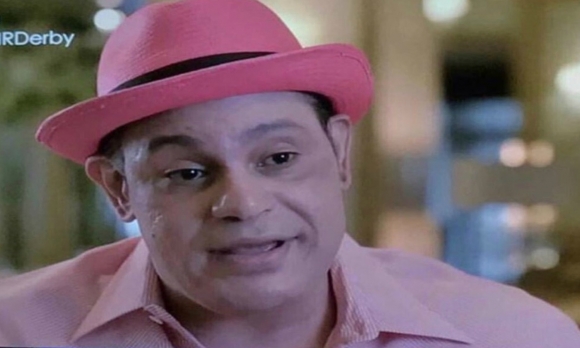 Now, where to begin?

Sammy Sosa -- former Chicago Cubs slugger and steroid denialist -- has apparently kept himself busy since retiring for keeps after the 2007 season.

It may be inaccurate to say the years haven't been kind to him.

However, what we do know is that things have gotten a little weird.

The Dominican-born Sosa recently resurfaced publicly on ESPN prior to the All-Star game, and his appearance was somewhat alarming.

If Sammy wanted to keep his secret identity a secret, he's going about it the wrong way.

Sosa first appeared publicly with significantly lighter skin back in 2009, but things have really gotten out of hand now.

The corked bat enthusiast claims that a skin softening cream has caused some bleaching and that none of this is by design, but the evidence is pretty compelling otherwise.

Of course, the Internet seems to exist almost solely for moments like this, and the unwashed electronic masses were certainly up to the task.

That last one is pretty clever.

Instead of morphing into the Pink Panther, perhaps Sosa should go for a Peter Sellers look.

Not sure if that's better or worse.