Runnin' with the Dogs

Published on 3-May-2013 by Steve Soprano 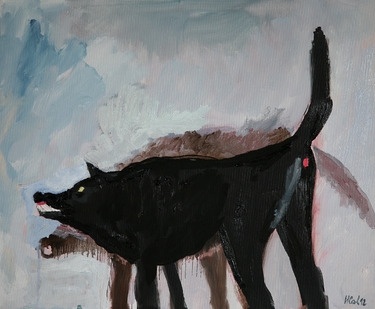 There are two underdogs on the MLB docket tonight that look awfully good.

First up is Boston, opening a weekend series with the Texas Rangers in Arlington.

It's a lefty-vs-lefty match-up, as Felix Dubront (3-0; 4.24) takes his perfect record to the hill against fellow southpaw Derek Holland (1-2; 3.38). The Bovada data tool on our Home page doesn't offer a lot of faith for Boston backers, based on Dubront's lack of success against Texas. However, it's been nearly a year since he last faced them and now might be the prime time for him to succeed. The Rangers have lost four of their last five, and in those losses haven't scored more than two runs. Dubront should also get help from some rare cool air in Texas, as a cold spell has hit the Dallas-Ft Worth area, making Rangers Ballpark in Arlington far less of the hitter's park it has been known for in the past.

Further examination of the data shows more promise for the Red Sox due to their early dominance of left-handed hitters. Boston has won seven of their nine match-ups against lefties this season, while Texas has also won seven but incurred five losses. Face it, you're getting a 20-8 team with an unbeaten pitcher on the mound whose team has been better facing lefties than the opponent. And you are getting it at a great price (+115 for Bovada players).  Hard to ignore the Sox here.

The same can be said for the underdog Orioles in Anaheim. Last night they went into the Big A having won only two of their last ten against the Angels and walked away a 5-1 winner as a slight underdog. That's just what they are tonight (+118 at Bovada), and I see a similar result. These are two teams that right now are playing at opposite ends of the spectrum, with Baltimore at 17-12 and the Angels 6½ games worse at 10-18. Never mind that the Orioles have only won three of the last eleven in the series; their most recent match-up before last night was last July.

Recent history tells us the Angels have lost seven of nine and still aren't hitting; they were only able to scratch out four base knocks Thursday night. Baltimore, on the other hand, has been hitting. Manny Machado is riding an 11-game hitting streak while Chris Davis is batting .346 away from Camden Yards. Nate McLouth is pitching in as well, batting a fiery .429 with three homers and 12 RBI over his last nine games. Angels hurler Jason Vargas, at 0-3, actually has pitched better than his counterpart, Miguel Gonzalez, for the O's, but it's hard to see him getting the run support tonight the way things have gone lately.

Summing it up, you have two teams at least five games over .500, and both are underdogs tonight. So that's where i'm putting my money. Should they split, you still make a little change, but I like the possibilities of both coming out ahead. That way, I will, too!