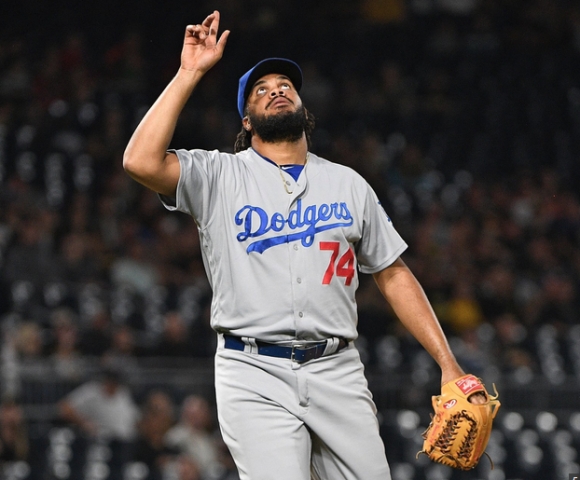 This is proof yet again that stockpiling victories in the early season is a good idea.

As if there's any difference.

However, in a sport that plays 162 games a season, the perspective of when wins come does measure into a team's decisions along the way.

For the Los Angeles Dodgers, it was quite a way.

At the end of play on Sun 13 Aug, the Dodgers stood at an incredible 83-34 and were a whopping 18 games ahead of the second place Arizona Diamondbacks and Colorado Rockies.

To get an idea of their dominance in a tough division, in the month since then, Los Angeles has gone 10-18 and only lost eight games of their lead:

Eleven of those laid eggs had come prior to last night, when Clayton Kershaw was called upon to do what he's paid $35,571,428 to do this season.

It wasn't exactly a classic, but the southpaw delivered on the mound and at the plate in San Francisco:

Dude's line: in 6 innings, he allowed only 1 earnie and 8 hits, walking 1 while fanning 8.

The fourth inning gave Kershaw all the support he needed, as Los Angeles posted a four-spot off Johnny Cueto with the key moments being:

Still, this one wasn't in the books until closer Kenley Jansen snuffed a sacks-jammed threat in the ninth:

So sayeth a possible future Los Angeles Laker, who's current home team isn't doing all that badly, themselves.

The Dodgers have now clinched no worse than a second wild card spot, which should be academic at this point.

However, they've still gotta prove they're outta their funk first.