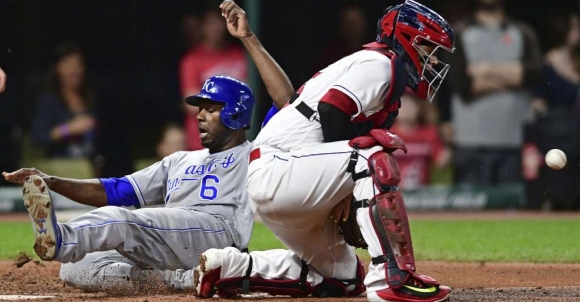 Now comes one of the most irritating questions in North American sports.

What will this mean if Cleveland doesn't win the World Series?

It means they still have an American League record that spans 148 years of major league baseball, dammit!

Cool stuff happens in the regular season. No way it should take a back seat to playoffs.

But more often than not, it does.

The Cleveland Indians have their own crosses to bear when it comes to the post-season:

Frankly, the Tribe looked dangerous all through this game.

Just as Kansas City did last game, this game, and will continue to do because they have no other choice. For them, this is already the playoffs:

Cleveland's immediate objective is to maintain home field advantage going into the post-season, and that's a race:

Each season offers teams a collection of accomplishments. Winning the very last game is huge, but winning 22 in a row transcends seasons.

Ask the 1916 New York Giants. They're still headline material even though they didn't win the World Series that year.

Not only do few remember who did, even fewer care.