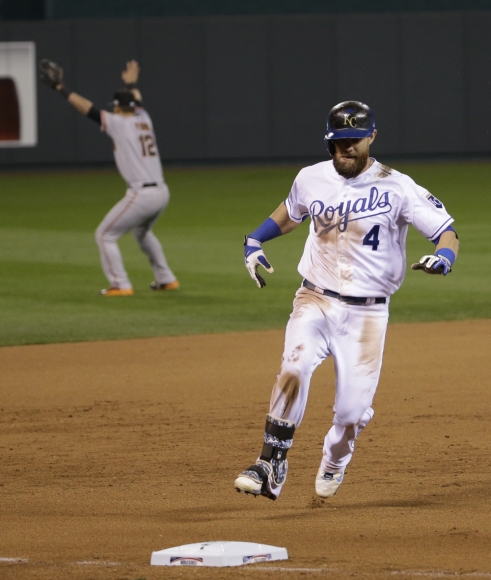 That's got to be the only logical reason why there's afterburn in Alex Gordon being gifted two bases on San Francisco CF Gregor Blanco's error that stretched his single into a last-gasp bit of Series tension.

There's a case being made that Gordon shoulda tried to keep going. Come on.

Giants shortstop and erstwhile relay dude Brandon Crawford had fielded the throw a step or so Gordon had reached third. Crawford is one of the best infielders in the game; the odds of his making a poor throw home are worse than playing the over when Madison Bumgarner is pitching in a playoff game.

And Madison Bumgarner was pitching in this playoff game.

Even probability übergeek Nate Silver joined Kansas City's contingent of wishful thinkers -- and frustrated punters -- in refusing to abandon all hope. Gordon woulda been out by a country mile. Not even Ned Yost and his staff were that quirky.

The most difficult skill in any sport is treating any action as if that 0.0001% chance of something strange happening actually happens. How many Star Trek episodes have to be seen before that fact registers?

Moral of the story and ulitmate life lesson: Do not be the dude in the red shirt.

Not even if Salvador Perez is up next.

Woulda been all trick and no treat.