Published on 7-Jul-2015 by Perry Rosenbaum 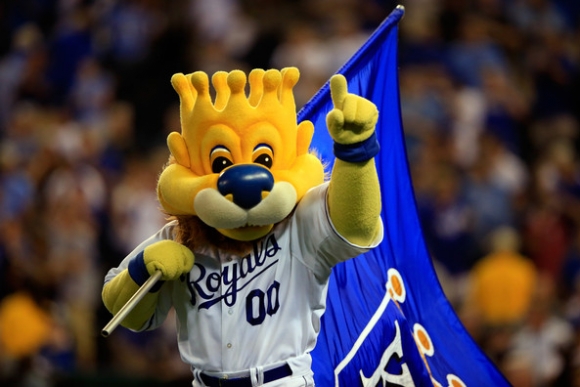 Finally, a heartwarming story from the heartland.

It's not all just flyover country and meth heads.

What's happening to the Kansas City Royals these days is spectacular. Baseball is alive and well for what was the game's most pathetic franchise -- since my mother's a KC native, I feel compelled to apologize here -- after the local crew pushed the dynastic San Francisco Giants to Game 7 in last year's World Series.

And the hangover continues, making this the most epic baseball bender since the days of Billy Martin: four Royals will start in this year's All-Star Game next Tuesday in Cincinnati, the first time since 1978 that the Kansas City contingent will comprise this much of the roster.

From the American League's perspective, this is still better than it could've been: there was a point when the entire AL starting lineup was Mike Trout and the Royals, which if nothing else, would be a terrific name for a garage band). Thankfully, we'll be spared the unforgiveable circumstances under which the phrase Omar Infante, All-Star second baseman would become a reality.

Alex Gordon and Salvador Pérez make sense as All-Stars. The former has long been the Royals' MVP, and the latter apparently signed a deal with the Devil requiring him to play catcher every day until his knees secede from his body.

For good measure, Lorenzo Cain is on pace to shatter his previous career highs in damn near everything.

A case can even be made for Alcides Escobar, although Xander Bogaerts and José Iglesias would probably have something to say about that.

I would classify this as a boon for manager/instant guru Ned Yost, who'll have a few familiar faces to play with in Cincinnati.

Still, the biggest takeaway from this year's fan voting is that the voting power of the fans should be taken away.

Yeah, yeah, you've heard this before. It's a song as old as time: the same fans who vote 35 times for Kendrys Morales over Nelson Cruz talk about how the process is broken, completely missing the delicious irony therein.

Many alternative methods have been suggested, such as letting fans only vote once or not letting them vote at all. While we may one day move towards that beautiful utopia where baseball enthusiasts can think logically/rationally, the best solution is one nobody wants to acknowledge:

I know, letting the same nimrods who screw up the Hall of Fame voting year-in and year-out determine who starts the Midsummer Classic is about as appealing as a leisurely stroll through Mexico City with Donald Trump. When it comes down to it, these scribes are the ones who see the players more often than anyone else, and their access is far closer to unfettered than anything the fans will ever get.

Besides, I trust Ken Rosenthal to stay impartial a hell of a lot more than I trust my brother, who actually filled out and submitted 35 times an All-Star ballot listing Adam LaRoche and Shin-Soo Choo, presumably because he is a demon spawn (sorry again, Mom).

The fan vote should still count, I suppose, just not as heavily as that of the writers.

I'm sure I'll be vilified for this just as I was when I suggested that, once a game, a foul ball caught by a fan should count as an out.

If the process is broken and nobody's doing anything to fix it -- least of all new Supreme Overlord Rob Manfred -- even the dumbest of ideas should be entertained.

What? Do you have a better solution? Because I'd love to hear it or ignore it outright.