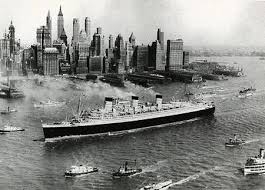 When the Detroit Tigers and Kansas City Royals have met up in recent years, it's normally been the Tigers who have had both the better record and the favorite's role a large majority of the time.

Tonight in Detroit, only half that is true. The Tigers do enter tonight's contest at Comerica Park heavily favored (-185 according to Bovada), but it's the Royals who sport the better record. Kansas City, fresh off a doubleheader sweep of Boston onSunday, comes into tonight's contest with an AL Central-best 10-7 record while the Tigers enter a game-and-a-half back at 9-7.

While there are still more than 140 games left in the season to let the standings work themselves out, I think the betting public and oddsmakers still haven't come to grips with the much-improved Royals. This is most likely the key reason KC is a rather large underdog at +165.  And if I can buy an emerging team low like that, I will take advantage.

Much of Kansas City's being a value play today is due to them putting Wade Davis on the mound. Thanks to a vicious curveball and using it more often than just about any pitcher throwing today, Davis has jumped out to a 2-0 start and kept hitters off balance to the tune of a 2.25 ERA in three starts this season. Davis has held opponents scoreless over his last 12 innings and struck out 13. You can also see on the Bovada data tool provided on our Home page that the Royals have won all three games Davis has started and by a combined margin of 17-4.

More of a case can be made for KC and Davis in his success against several Tiger hitters. Miguel Cabrera, Alex Avila, Victor Martinez and Austin Jackson are a combined 6-34 against Davis. To make matters more dicey for the Tigers is the fact that Martinez and Jackson are a combined 2-for-their-last-17 as the Tigers come into this series having been swept by the LA Angels of Anaheim over the weekend.

Detroit does counter with Max Scherzer, whose numbers rival Davis' (1-0; 2.84 ERA), and Scherzer, unlike Davis, has been a solid starter for a few years now. Over his last 23 starts, Scherzer is 12-2, allowing just over 2.5 earned runs a game during that stretch.

However, Royals outfielder Alex Gordon isn't one of those who have found Scherzer hard to hit. Gordon is 7-18 lifetime against Scherzer and catcher Salvador Perez is 5-7 with a double and two home runs against him. Gordon on the season is batting .342, and outfield mate Lorenzo Cain is leading the team at .368.

This isn't one of those games where I just have a huge feeling the Royals will win as Scherzer is a very formidable hurler. But I did sense quite a bit of shock that the Royals have been tabbed as such decisive underdogs and are getting such little respect, considering the starts they and Davis have had. In the long grind of the baseball season, you have to hit a few big dogs if you're going to make money (like we did with the Astros two Fridays ago), and this is one that has a real good chance of doing just that.