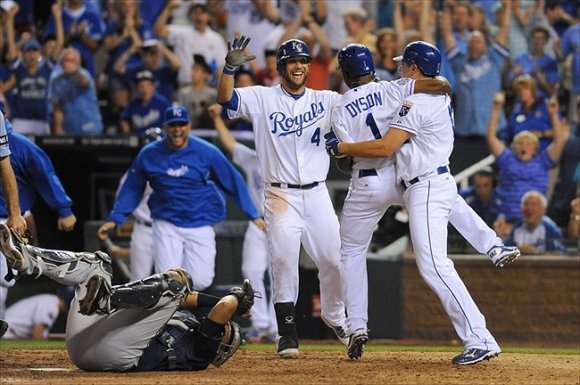 The Kansas City Royals must not be ignored right now.

Their recent dominance can't be ignored from a betting perspective on days like today, when they appear to be highly under-valued.

Bovada's opening line only has the Royals at only -125, which I found quite surprising in light of a number of factors. Let's begin with their starer, Danny Duffy. Pay little attention to his sub-par record of 8-10; Duffy's been the victim of poor run support, although not as much lately. Do pay attention to his ERA, an eyebrow raising 2.60.

Also pay attention to opponents' batting average against him: a piddly .202. And if you watch the game, also notice his stuff. Baseball insiders rave about the southpaw's ability to keep hitters off balance and have been for a few years now. That's part of the reason the Royals have won five straight in games started by Duffy. In fact, that's another solid reason to back KC!

While Kansas City is playing the best baseball of anyone in the last month, the Colorado Rockies continue to founder deep in the cellar of the NL West and will have to pick up 5½ games on the Phillies and Cubs to avoid having the National League's worst record.

I also think there's some telling info in the Recent Form section of the match-up, found in the Bovada data tool on our Home page. Notice the Royals are 18 games above .500 as a favorite. That tells me they're winning virtually all the games they're expected to and, when favored, they're a good bet to play, especially as a light favorite like today. On the flip side, the Rox have been predictable as a dog this season, having lost more than twice as many games (56) as they have won (27) when not favored.

Kansas City is a whopping 21 games better than Colorado this season, and I think the only thing keeping the Royals from getting more respect as this line opens is the relative obscurity of Duffy. Now, you were warned. This guy is really good! And my guess is -125 will end up being a bargain by the time the first pitch goes off.

I'm behind him and his Royals tonight, and I'd highly recommend anyone else in the baseball betting world do the same.