Published on 9-May-2013 by Steve Soprano 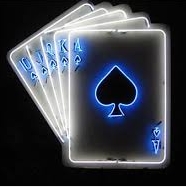 Thursday is an off night for the NBA Playoffs, so we look to the diamond for a winner and think there's one on the East Coast tonight in Baltimore.

That's where the Kansas City Royals try to salvage a win in their three-game series with the Orioles, and based on recent history, they have just the right guy on the mound to help.

Former Oriole Jeremy Guthrie (4-0 2.40 ERA) takes the hill for the Royals, hoping to continue his historic streak that has already put him in the KC record books. Guthrie set a new team record when he picked up a complete game victory over the White Sox Saturday night by extending his unbeaten string to 17 starts without a loss.

But Guthrie isn't just winning, he's picking up plenty of style points along the way. As you will see on the Bovada data tool on our Home page, opponents have been held scoreless in Guthrie's last two starts. His scoreless streak is at 16⅔ innings, and his record during the unbeaten streak is 9-0 with an ERA of 2.25 dating back to last August.

It's hard not to go with that kind of track record (not to mention the fact that he's facing his former team), especially since Kansas City enters the game as a slight underdog. Bovada has the Royals at +103, and with Guthrie continuing to put up those kind of numbers, we will ride that horse until we're falling off.

Baltimore counters with veteran righty Freddy Garcia (0-0; 2.70 ERA), who made his season debut Saturday and looked pretty good, going 6⅔ innings and allowing two runs in an Oriole 5-4 win.  But the normally vulnerable Royals have been the worst thorn in his side his entire career. Gacria's lifetime record against the Royals is 10-13, and he has an ERA of 5.69. Putting things into even sharper perspective, Garcia hasn't lost to any other Major League team more than eight times, and he's lost to the Royals 13 times. You could say the Royals have been a royal pain for Garcia, and he has the track record to prove it.

Someday, Guthrie's streak will likely come to and end, but I don't think it will happen here. Kansas City's bats have gone a little quiet lately, and the Royals' bullpen has also been a little shaky; those factors may be part of the reason KC isn't favored here. But with a guy throwing like Guthrie has, Kansas Ciy is worth the investment, especially when bettors can receive a slightly larger reward than the risk. 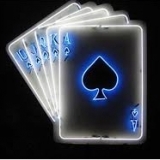