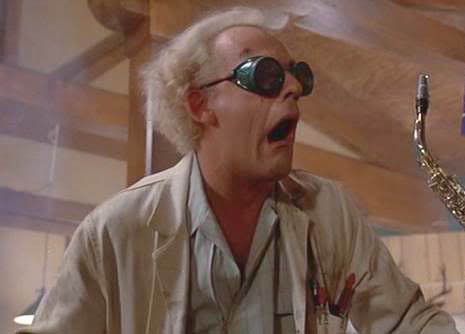 Good thing José Reyes has reggaeton to fall back on.

Meanwhile, Troy Tulowitzki goes from legal weed to bagged milk. Bovada might call that a wash.

In an absolutely stunning move, Canada's favorite baseball team and Colorado's third- or fourth-favorite pro franchise swapped shortstops. Tulo is now a Blue Jay, and Reyes is a Rockie.

The apocalypse is nigh, dudes and dudettes. Unsurprisingly, we can blame Canada for it.

The fact that Tulo has finally been traded puts to bed the endless rumors of his perpetually impending departure, although few would have guessed that he'd end up with the Jays (suck it, Mets!).

Although he's often injured, Tulowitzki has been the game's top shortstop for quite some time. According to Fangraphs, he's posted the highest WAR amongst men in the 6-hole since 2009, being worth 29.4 wins more than the theoretical replacement-level player.

As of this writing, here's where Fangraphs ranks shortstops based on their current-season performance:

Reyes is normally good for an annual DL stint himself and is no stranger to blockbuster trades: he was part of the most recent Marlins fire sale, joining Toronto shortly after the end of the 2012 season with Mark Buehrle and the surgical patient formerly known as Josh Johnson.

Reyes should enjoy the same boost in offensive stats that everybody does when playing half of their games at Coors Field, and Tulo's bat will play equally well at Rogers Centre. This is all provided, of course, that either can stay on the field for longer than 100 games per season.

Trading two shortstops for each other straight up wouldn't make much sense -- like anything about this trade makes a modicum of bloody sense -- so the Rockies are also sending closer LaTroy Hawkins over the border while the Jays will send top prospect Miguel Castro and two as-of-yet unnamed minor leaguers to the mountains.

Perhaps this is just the Jays paying penance for passing on Tulowitzki in the 2005 draft. Toronto took Ricky Romero instead, who turned out to be a meteor as compared to Tulo's comet.

Meanwhile, Hawkins will slot into Toronto's bullpen quite nicely, although Castro faces a tough battle to avoid going the way of most hurlers who have the misfortune of pitching in the humidor.

No matter what, the singular thought that keeps arising is a simple one: what does this trade even mean?

One team completely out of contention -- maybe forever? -- ships its franchise player to another country to a team that already had an established player at the same position. In turn, that team -- its own postseason hopes rapidly dwindling -- sends its displaced star to the other team involved in the deal.

The Rockies will have the privilege of rostering Reyes for two more seasons after this one, while the Blue Jays can look forward to five more years of Tulo. Fortunes can turn for either organization in that timeframe, so it's hard to call this a win or loss for either side just yet.

Of course, it could well be that the Rox are simply dismantling and dumping payroll. That can happen when a new GM thinks he's seeing a vast wasteland before him due to his predecessor's moves. So, Carlos Gonzales is now being mentioned as the next to go.

Colorado is done like dinner, but what about the Jays? Their overall pitching situation is still appalling, and their farm system isn't showing any depth. The Yankees are rolling right now -- seven games up on TO in the AL East -- but they're still catchable and, if it doesn't happen, a wild card slot is only three games away.

Thus, it's entirely possible that if the trade market is going to get jolted again, the thunderbolts will come from the Great White North.