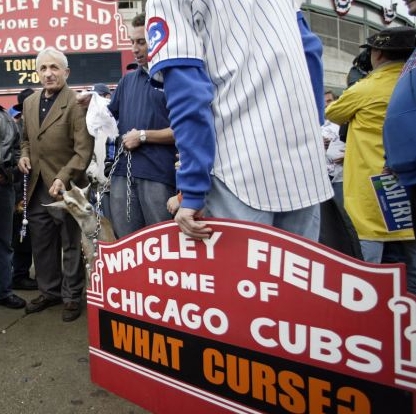 Chicago Cubs manager Rick Renteria now has a jersey to go along with his new position.

Renteria was actually hired in early November, but the ceremonial jersey presentation had been delayed due to his recovery from hip surgery.

Renteria insists that he's physically fit. I sure hope so, for his sake.

Rick should observe the posted federal OSHA regulations in the locker room regarding proper techniques when he attempts to dead lift the metric ton of futility he's inheriting.

The sheer mass and volume of 106 years is quite a sight to behold.

The new manager seems eager to begin, and his enthusiasm is appreciated. However, we've seen this all before and heard all of the platitudes about ignoring the history and looking to the future. Many have tried and failed.

Sweet Lou Piniella arrived in 2007 with similar vigor and did enjoy some success, but in the end, the World Series drought was still intact. The fiery skipper was left an ashen shell of his former self. It literally appeared that he had aged 25 years in a fraction of that time.

Despite this sordid history, there is reason for optimism in Wrigleyville. Theo Epstein and the gang have fashioned a blueprint centered on building from within and are rigidly adhering to it. Of course, the Cubbies are taking their lumps in the interim, but building an organization from the ground up does take time. And no one can take lumps like the Cubs, so at least they're doing something they're good at.

There is a pipeline of talent that's getting very close to the big club -- particularly position players -- and this surplus combined with smart free agent acquisitions could very well bear fruit soon.

In the meantime, Renteria can keep those hellish visions of ivy-laden zombie beer vendors and bloodthirsty goats at bay with a variety of prescription strength medications. 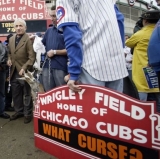 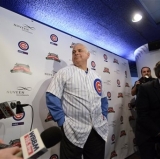