Relentless Royals Wrap Up the World Series in Five 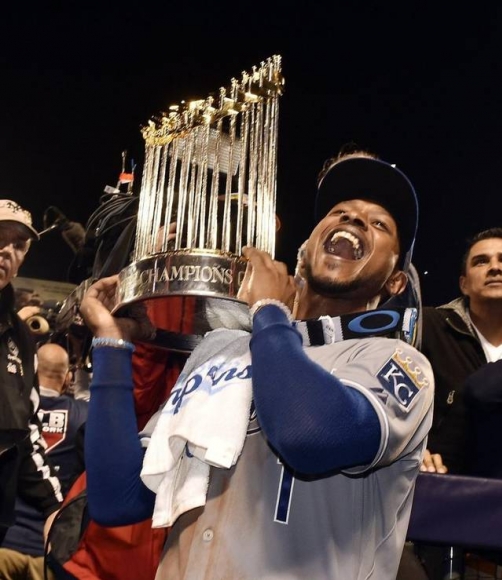 Kansas City didn't need a full seven games to prove they were MLB's cream of the crop in 2015.

The Royals have been on a mission since they lost to San Francisco in Game 7 the year before.

All Series long, Ned Yost's crew performed under pressure because they were prepared, and as a result, they became only the second team in MLB's annals -- the 1961 Yankees were the first -- to rebound from a seven-game setback and claim the crown the year after.

Long story short, Lucas Duda was the dreaded dude in the red shirt standing next to Captain Kirk.

How in the name of Marv Throneberry's ghost is any infielder playing to stay alive in the World Series not aware that a runner on third base might make a dash for home on an infield bouncer?

Duda should've reminded himself of the obviosity that Eric Hosmer won't be mistaken for the Flash and, no matter what, should've been footwork-ready after the play at first. Instead, incredibly, he exceeded a gaping margin of error: But all Series long, this is what separated the Royals from the Amazin's. They were aggressive at every opportunity, cognizant to their scouting reports on the opposition, and were prepared to cover for their miscues. Not so with the Mets.

And that would've turned the Dark Knight's heroic attempt at a complete game into a sidebar as the Series moved back to Kansas City.

By the time Daniel Murphy treated a double-play ball like a hand grenade, it was anti-climatic.

This will sting the Metropolitans for some time. The Royals' window to repeat looks like it'll be open for a few more seasons, but New York's prospects of a quick return look much more vulnerable.

Among other factors. The Giants are looking forward to 2016 being an even-numbered year.