Red Sox, Yankees Are Ratting Each Other Out

Published on 6-Sep-2017 by Alan Adamsson 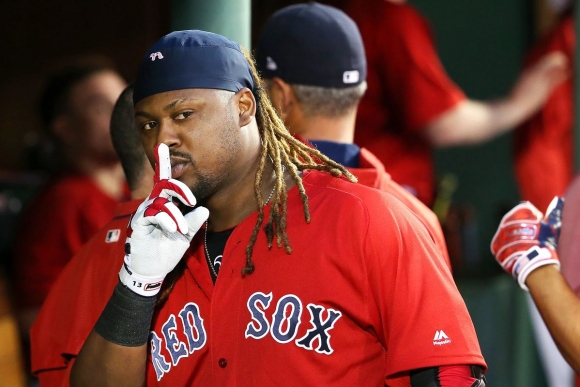 In these hi-tech times, it's puzzling why the greatest sign steal in baseball history happened in 1951.

There were TV cameras on hand, but they had nothing to do with it.

Instead, it was simply good, old fashioned surveillance.

The New York Giants had stationed a coach in the clubhouse behind the center field fence, gave him a pair of binoculars, and wired up a buzzer button.

The operation started in late July when the New York Giants were mired 13½ games behind the Brooklyn Dodgers for the National League pennant.

They needed a miracle. Or an advantage.

The latter was more controllable, and their solution -- while debatable in effectiveness -- coincided with two results:

Yes. Yes, they were.

The sign-stealing system was a two-step process:

How does the other team not see that?

Actually, Brooklyn hurler Ralph Branca says he knew the Giants were doing it.

First, it's got the tech. Secondly, it harbors finger-pointing.

All of which brings us to those two haughty adversaries, the Red Sox and Yankees, seemingly programmed to get the drop on each other by any means possible.

Being real, is that cheating or is it just being lazy?

Here's the logistical trail the BoSox were negotiating:

The Yankees were allegedly following the same path, with the only difference being TV cameras instead of Apple watches.

Is this embarrassing or what?

That's two more steps than they needed in 1951, for chrissakes!

This is not the way 21st century tech is supposed to be trending.

What's more, since when did a runner at second need help stealing signs? MLB players should have that sorted by the third inning, with zero help. It's part of learning the game.

Even crazier, people are actually asking the Commish what he's gonna do about it.

What do they think baseball is? The NFL?

Besides, MLB's too busy denying they've juiced the balls this year.

So, move along and say hello to Giancarlo Stanton on your way.

Or the Red Sox.