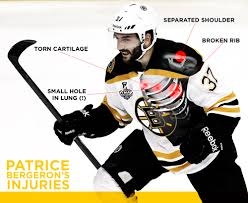 If there was one thing the Boston Red Sox needed during its current ten-game road trip, it was a day off.

They finally got it on Monday after losing three of four games to the Kansas City Royals. John Lackey lost his second game on the trip on Sunday, giving up four runs in the first three innings in a 4-3 loss. Ryan Lavarnway drove in two runs in the sixth inning to bring the Sox within one, but they couldn't get any closer. Even with a 3-4 week, Boston still leads Tampa by three games, as the Rays were swept by the Dodgers over the weekend.

In the one victory over Kansas City, Brandon Workman got the win in relief of Felix Doubrant. The Red Sox jumped ahead 4-0 only to see KC come back to make it 4-3. Jacoby Ellsbury made the final score 5-3 with his second double of the game. The Royals dominated the first game of the series 5-1 by handing Jon Lester his seventh loss of the season. The following night, Kansas City came back from an early 6-3 deficit to beat new Red Sox pitcher Jake Peavy, evening Peavy's Boston record at 1-1.

Earlier in the week, the Red Sox were lucky to take two out of three games from the lowly Astros. Houston won the first game 2-0 as Brett Oberholtzer out-pitched Lackey. In game two, Boston fell behind 5-0 before coming back and winning 15-10. Steven Wright lasted only one inning, and his knuckleball was all over the place as Lavarnay had four passed balls in the first inning. Ellsbury led the Sox back, hitting two home runs while Jonny Gomes added another home run and drove in four runs. David Ortiz had four hits while Shane Victorino added three as Workman picked up another victory in relief. Houston looked like they were on their way to taking the rubber game, taking a 5-2 lead in the sixth inning. The Red Sox got two runs back in the seventh on a Gomes two run home run and then Steven Drew blasted a three run shot in the ninth inning to give Boston a big 7-5 win.

The BoSox are in Toronto for three games and then come home to face the New York Yankees who are starting to play better. If Boston wants to stay atop the AL East, its starting pitching will have to improve dramatically. Red Sox fans are hoping Clay Buccholz can get back into the rotation and help improve the starting staff.

And the Yankees are hoping for a miracle, themselves.