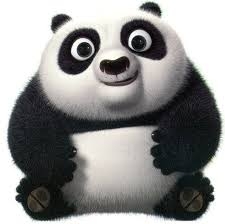 The Boston Red Sox are experiencing success this season in spite of an injury bug infestation.

Major names like David Price, Dustin Pedroia, and Mitch Moreland -- as well as to several teammates -- have found themselves on the DL.

Besides the knocks, the Sox’s early going was also defined by struggles on the offensive side of the ball.

In addition to struggling to capitalize on runners in scoring position, the BoSox found themselves dead last in homers by the end of April.

Dead last. With half their games in Fenway.

Since then, Boston's been able to rattle the bats in support of their pitching department, specifically for their newest star acquisition, Chris Sale.

Entering the second half, the Red Sox are sitting atop the AL East, 3½ games up on the New York Yankees and in possession of the second-best record in the league.

However, there's one player who's that been unable to right himself over the course of the season. Arguably, he's been unable to find himself since joining Boston back in 2015.

Of course I’m talking about the Kung Fu Panda himself, Pablo Sandoval.

And yes, that's pretty much sums up his game right now.

Prior to joining the Sox’s, Sandoval was a legend to San Francisco Giants fans. While he was never much of a producer during the regular season, Sandoval was a hero come the post-season.

Then, dude’s .344 average, 20 RBI ,and 6 home runs played a humungous role in the Giants winning three World Series in five years. Three of his dingers came during the 2012 Series, for which Sandoval was given the Series MVP award.

Come to think of it, that may have been the entire kitchen. Unfortunately, it had well-stocked cupboards.

The Sox hoped that Sandoval, in addition to the newly added Hanley Ramírez, would help build a perennial contender.

Unfortunately for both management and fans, Sandoval's been a complete bust. Prior to this season, he'd played in only 129 games, hitting a meager .242 and driving in only 47 runs.

Weight's been so much of an issue, it's become part of his persona. While he's never been in great shape, photos leaked showing the third baseman’s belly sticking out from his shirt.

Then there was the time in April 2016, when dude swung so hard, his belt burst.

Unsurprisingly, time has come today. Boston designated Sandoval for assignment, willing to eat the $49.5million left on his contract.

Ironically, this deal works out well for both sides.

Sandoval gets his money and a chance to restart his career. He's still only 30 and appears very committed to getting into good game shape. As if teams haven't heard that before. Weight has been a factor in his staying healthy.

For the Red Sox, Sandoval represents a sunk-cost contract. They're obviously out the cash. The only difference now is they don’t have to keeping finding playing time for a below-average performer.

Maybe the last-place Giants could throw their former World Series hero a bone.