Red Sox? Playoffs? With This Pitching? 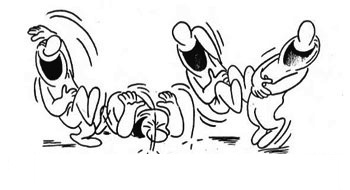 The team went from worst to first and then back down into the cellar again with a terrible campaign that a included a complete rebuild during the middle of the season.

That's when the Sox traded away most of its pitching staff with the exception of Clay Buchholtz, leaving serious room for spots filled with proven veterans. Given the club's bulging bank account, one would think the off-season would've been teeming with fireworks and all-stars.

Boston did rack up two huge signings -- Pablo Sandoval and Hanley Ramírez -- but got nothing flashy accomplished on the mound. Yes, they signed a few decent pitchers, apparently hoping to live or die with one hell of an offense.

Those dudes knew of which they spoke.

The 2015 Boston Red Sox pitching staff has been a complete and utter disaster. Clay Bucholtz an ace? No. Wade Miley an ace? Nope. Justin Masterson an ace? I'll have what you're having. The only hope for this team is what lies in the young guns that are Joe Kelly and Rick Porcello. But even those two have little to no experience at being a front end of the rotation type of guy.

Rick Porcello is leading the Sox pitching staff with a mediocre 4.38 ERA to date, which ranks him atleast in the top 100 of all MLB starting pitchers. Sounds like a good stat, considering all the pitchers who've started atleast one game this season.

Joe Kelly, the self-proclaimed "2015 Cy Young winner" hasn't consistently lived up to his potential as a starter. However, he's shown flashes of what the Sox thought they were getting:

Still, if you're pumping a league-leading heater averaging 95mph, you should be punching dudes like it's your actual job. Wait a minute. In Kelly's case, it is! But right now, his ERA's 5.72. He's gotta make batters put it in play.

It's tough to hit Kelly's phenomenal stuff, but when he's got no confidence in anything but a fastball, boppers in The Show are gonna take it downtown. And that goes for more Sox hurlers than Kelly:

The point is, these are Boston's best pitchers. Pretty freakin' bad. How, exactly do they expect their offense to a) stay healthy, and b) put up 11 runs a game knowing the starting staff can barely go a long stretches without giving up a kajillion runs?

Surely, the Red Sox front office realizes that the formula for winning isn't the equation they have at the moment. They need to ake a trade and do it soon. The longer this goes on, the quicker they'll be sinking into the cellar ... again.