Red Sox Getting a Surprising Lift from Lackey in 2013 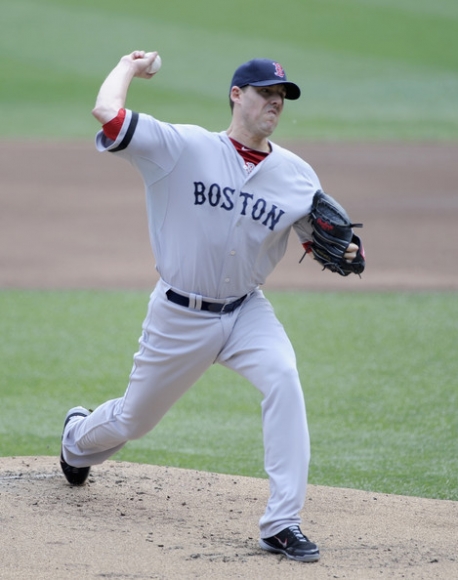 The Boston Red Sox have turned things around of late, winning five in a row after sweeping the Minnesota Twins.

The biggest factor in their recent run of success has been their pitching; with quality performances from Jon Lester and Clay Buchholz, the Bosox can never be far away from a pair of wins, but there is another strength in their staff of aces: John Lackey.

When the Sox signed Lackey back before the 2010 season, many in Fenway inwardly groaned. Theo Epstein overpaid for an average pitcher, and so Lackey was not quite welcome in Boston. The mega-deal was worth $82.5 million over five years; Epstein still has not lived it down. His first year was bad, his second even worse. Now in his third full season, Lackey stands with a 2-4 record but a 3.31 ERA and an 8.8 K/9 ratio -- all much improved from his first two years.

While Lackey will most certainly not win the Cy Young award, there is no reason why he cannot continue to string quality starts together to put the Sox in a good position for the balance of this year. In Buchholz and Lester, the Sox comprise a solid 1-2 combo, but with Lackey, they can take any seven-game series should they make it to the playoffs.

Lackey’s start versus the Twins on Sunday was just another mile marker on his road to improvement. Through six innings, Lackey surrendered one hit, one unearned run, and struck out five. He was so good initially that he carried a perfect game through the first four innings, but once the thunderstorms rolled in during the sixth inning, the Sox and Twins departed for the dugouts for a three hour rain delay. It was not something you’ll see on Sport Center’s Top 10, but it was a good sign from a pitcher who had Tommy John surgery a year ago and swiftly became Boston’s most hated athlete.

Manager John Farrell has faith in Lackey. Having left the same year that Lackey was signed, Farrell never got the chance to work with him as a pitching coach. But as his manager, Farrell can help Lackey regain his pre-injury form that made him so feared in the AL West.

“The record doesn’t indicate or reflect how well he’s pitched,” said Farrell. “Some of that was self-induced two starts ago, but he’s shown better power, better quality of repertoire than maybe the win-loss and ERA might otherwise indicate. Most importantly, though, he continues to come out of every start feeling great physically. His work in-between has been consistent. There’s no reason that type of performance today or in recent starts shouldn’t continue.”

While Buchholz and Lester are taking the spotlight, Lackey has quietly been putting it together. Sure, he won't give us anything to build a statue over, but he still has something left in the tank and will pitch like a competitor this year rather than the beer swilling caricature the fans made him in 2011.