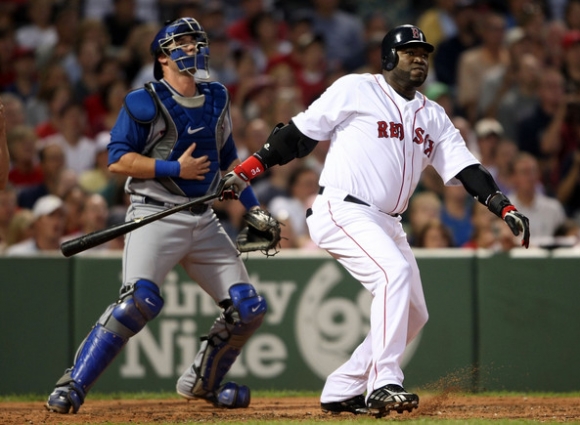 The weekend series in New York was just a pop quiz for the Boston Red Sox, but their series against the Texas  Rangers will be the true test for them at this point in the season.

Their last time up against the Rangers was a disaster; a three-game sweep in which they looked terribly overmatched. Now the Sox have found their mojo as they roll into Fenway after an impressive turnaround in May.

When the Sox were swept in Texas, I really thought that their April was nothing more than a mirage. Their offense looked weaker than Manny’s attempts to break back into the MLB and their pitching was good, but not good enough. Now, after their impressive turnaround, things have been going well for the Red Sox as they have surged back into first place in the AL East with the second-best record in the American League.

When Boston went into the 2013 season, they looked more like the cast of Major League than anything else (minus the crazy haircut or the voodoo). They were a ragtag team of journeymen, unproven rookies, and people we hoped would be good because they were nice guys; the biggest selling point on players like Victorino and Ross were that they are “energetic and fun,” whatever that means.

Now, it's well into the season and the Sox have given Hollywood a run for its money. Boston has performed better than anyone really could have expected. After 2011 and 2012, many fans vacated Fenway faster than Theo Epstein. Now, the Sox are contending and, thus far, have passed the challenges presented to them.

They now face a big three-game series against the other best team in the league, and whether they can walk away from this week on top or down below will provide a strong indication as to their ability to make a deep playoff run this season.

If Boston can take this series against the Rangers, then MLB will know that they are more than a random bunch of nice guys. They are a force to be reckoned with and stand a very good chance at making it all the way to October.

It has been a while since the Sox gave its fans a team we can root for; a team that can come through.