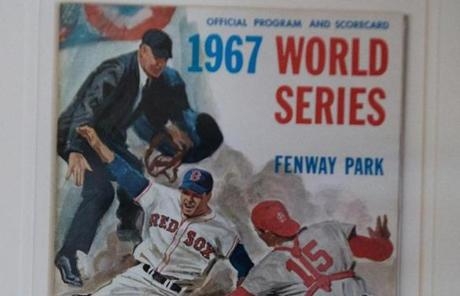 On the same day Shane Victorino declared his switch-hitting experiment over, he hit the game-winning grand slam to send the Red Sox to their third World Series in the past 10 seasons, where they’ll face the red hot St Louis Cardinals.

It will be the fourth time these two teams match up in the Fall Classic, with their last meeting in 2004, a four-game BoSox sweep that capped an improbable ALCS comeback and finally ended the 'Curse of the Bambino' after 90 years!

The Cardinals and Red Sox also squared off in 1967 and 1946, when St Louis won both series in seven games.

The 1946 Series was notable for several events:

Returning to the present, for the second time in this year's ALCS, the Detroit Tigers were beaten late in the game by a grand slam. We all know what David Ortiz did to them in Game 2. And with Fenway's quirky dimensions, there's no chance that the BoSox would consider raising the right field wall to prevent players from tumbling over into the bullpen, à la Torii Hunter.

Red Sox closer Koji Uehera earned ALCS MVP honors by recording his third save in as many tries. He's truly been dominant this postseason and will presumably get more chances to shut the door on the Cardinals, starting at home on Wednesday.  Why does MLB give teams such long breaks in between series? Baseball is a game of rhythm and routine, not to mention warmer weather. Let the public watch a full slate of NFL games today, don’t compete with Monday Night Football, and just start on Tuesday, please!

Game 1 will feature Adam Wainwright taking the mound against Jon Lester. One would think it to be a low-scoring duel, but both teams have offensive firepower that just waits for an opening, and both teams proved it so far in this year's playoffs

After watching the Red Sox reach the World Series just one year after the disastrous leadership of Bobby Valentine, GM Ben Cherington should get executive of the year honors simply for his trade with the Blue Jays to re-acquire manager John Farrell.  Turns out that was the biggest trade they made last off season.

As usual, the storylines will develop as the Series progresses. It looks like Allen Craig -- the Cardinals' RBI leader during the season -- will return from injury. Clay Buchholz has already come back from a long stint on the DL and had a definite impact on Boston's post-season success already.

And just laugh when some nitwit sportwriter pens the inevitable item about World Series ratings. It draws enough of the viewers it wants, and its sponsors are quite satisfied. So is Fox. There's a reason it bid so highly for the broadcast rights, which is the same reason it will have to outbid others in the future.

The game hasn't been in better shape, and now it's down to this Series pairing to confirm it. 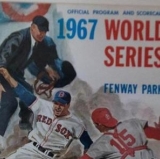 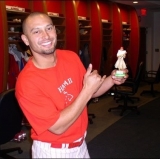