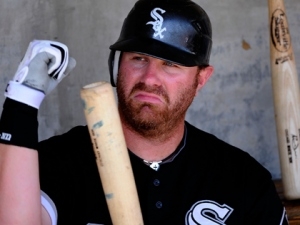 Somewhere amidst those 132 strikeouts in this season to date, there exist 20 home runs.

And for those, Oakland Athletics GM Billy Beane is picking up half of the $2.5million Adam Dunn is owed this season and shipping minor-league hurler Nolan Sanburn.

If this is the deal that puts the A's back on track in the AL West after their disaster at the Big A, then Moneyball's übergeek really is a genius. Those 20 bombs are well and truly roses in a sad patch of 2014 thorns:

Ever since the Chicago White Sox got Dunn, this has been familiar reading. Whatever he had in Cincinnati -- which was basically double the dingers -- stayed in Cincinnati.

It's well and good that Dunn's a dude, but the A's don't have a chemistry problem. They have a performance problem. And that's where the debate begins.

Beane saw Oakland bats silenced in the playoffs for two years running. Acquiring Jeff Samardzija and Jason Hammel was brilliant. Nabbing Jon Lester was downright ballsy. Beane picked up Sam Fuld from the Twins to platoon in left with Jonny Gomes and essentially match Cespedes' numbers this year, which made Lester a net-win for him.

Coincidence or not, the A's have gone in the tank since that deal. They're 12-16 in August, with both pitchers and hitters in a funk. Frankly, Dunn will fit right in, which is a backhanded compliment if ever there was one; Brandon Moss (.178), Derek Norris (.188), and Coco Crisp (.191) are all sub-Mendoza. Worse, the pitchers haven't fared much better. Scott Kazmir (6.28 ERA in August), Sonny Gray (4.28) and Samardzija (3.92) need to regain their form. And Sean Doolittle needs to get healthy.

Wait a minute. Maybe Beane's thinking 'way outside the box.

There's no statistical substance in claiming Oakland would have avoided this slump if Cespedes was still in green and gold. And yet, the A's haven't had a month like this since May 2012.

Dunn is a certainty to retire after the season. The intangibles he'll bring to the team are as nebulous as the ones Cespedes took with him. What's left are more empty plate appearances. But Beane clearly thinks differently.

His moves have pegged 2014 as the year for Oakland. It still could be. The Angels' sweep this weekend just offsets the A's sweep of them earlier in the campaign. The A's still lead the season series, 8-7, with another three-game set at home on 22-25 September. Excluding those, 17 of their remaining 23 games are against sub-.500 teams. Excluding that set as well, the Angels' slate has 15 of their last 23 games against the bottom feeders.

Realistically, Oakland will need to sweep that remaining series and hope the Angels feel the loss of Garrett Richards elsewhere in the month. Otherwise, they'll be looking to send an ace against the likes of a Félix Hernandez, Max Scherzer, James Shields, or -- dare we say it? -- Corey Kluber in the Russian roulette that is the wild card game.

So the A's had best not miss any opportunity from here on out. How that equates to Adam Dunn missing more pitches than he squares up is a head-shaker. 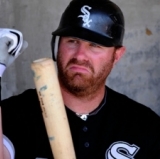 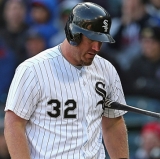 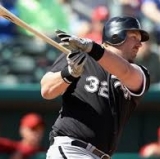