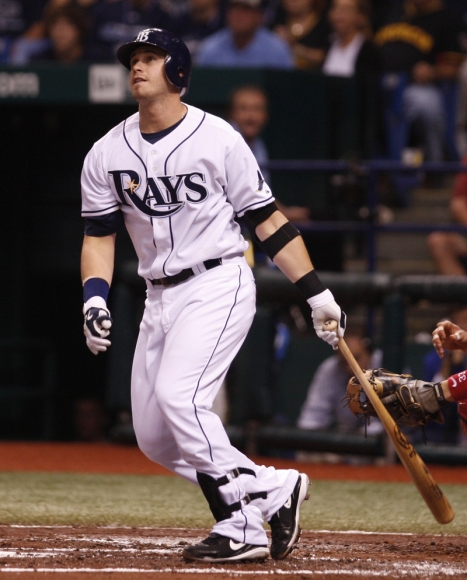 We've heard just about everyone's opinions on whether or not Alex Rodriguez should be playing right now after he was suspended by Major League Baseball for PED use.

Some have been very vocal about their feelings, and one such player was Tampa Rays third baseman Evan Longoria.

He's quoted in a Sports Illustrated article about not being pleased at all about the way MLB had handled this situation.

"I don’t think it’s fair for the other teams, because I’m in the American League East. Whether he is 100% or not, whether his mind is where it needs to be or not, he can affect the game in a positive way. He can affect the game in a tremendous way, which is being in the lineup. In a pennant race, he’s a guy you don’t want in the lineup. Looking at it from that perspective and that perspective only, I don’t think it’s fair that we can’t have an arbitrator hear the case sooner.

"If you get in a bench-clearing brawl and a guy punches another guy and is ejected from the game and gets a 10-game suspension, you appeal that and it’s heard in the next three weeks. You either get 10 games or six games or whatever. I don’t understand why that process can’t happen for this."

Longoria to a certain extent is right. Should A-Rod be allowed to play and affect games in a tight pennant race that could go either way right now between the Rays and the Boston Red Sox?

Well, the answer is yes.

That's part of the agreement between the MLB Players Association and MLB. Even if a player is suspended, he still plays until his appeal is heard.

But should the appeal process be quicker?

MLB has basically told A-Rod its possible he could play virtually up until the playoffs. And even though the Yankees look like they are out of it, one swing of his bat could mean a lot to a team fighting for its playoff life, and that could well be the Rays.

So, if Longoria and the Rays fall to second place in the AL East and the Red Sox win the division because of A-Rod, it's going to be a wicked-hard pill to swallow.