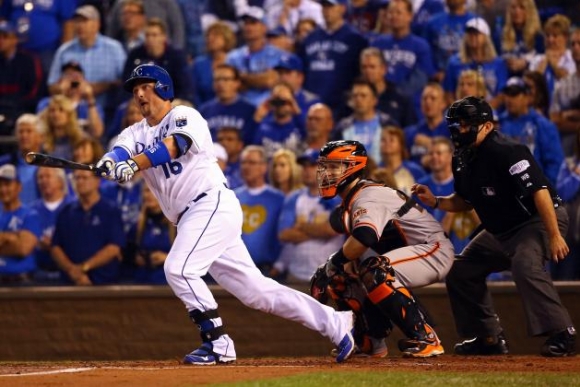 The post-season mustn't be sacrificed by continuing to throw them out there.

However, Strickland did gain some small measure of redemption when he spoke for legions of Giants fans by demanding to know from that upstart Royal Omar Infante why he had dared to hit a home run off of such a promising young pitcher.

Besides one glaring success, Bochy's insistence on going with Strickland and Machi has been nothing short of post-season disaster for the Orange & Black.

When it comes to any future post-season relief appearances with the game on the line, G-fans want the Freak back on the hill as much as possible. Sure, Timmy tweaked his back a little, but the kid's a gamer.

Studies -- subsidized by greedy employers -- have long noted that back injuries can be worked through with little, if any, adverse effects. Plus he'll have all winter to heal. If Lincecum should become a hobbled hunchback due to such a decision, he'll become all the more beloved by Giants fans.

Think of the delicious pathos. "Timmy gave his all for the team; what a competitor!"

Also, what a frightening spectre he'll become when coming out of the bullpen.