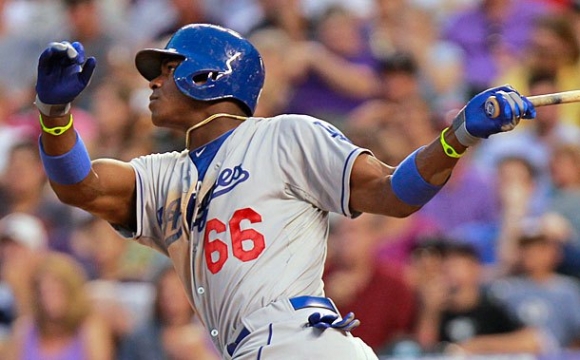 It's refreshing to see a coach or a manager take a stand when a player does something wrong.

Mattingly, who was tired of Puig's lack of hustle, pulled Puig from yesterday's game with the Chicago Cubs.

Puig didn't even attempt a slide -- much less a hard slide -- into second base to break up a double play after walking in the first inning. Then after striking out in the third, the Cuban sensation committed the cardinal sin of 'taking his at-bat to the field,' where he continued to sulk. After not showing a lot of hustle in the outfield, Mattingly had finally seen enough and decided to pull his star player in the fifth inning.

"I love these guys. I love all my players and I see the good in all of them, and it's my responsibility, I feel like, to give us the best chance to win and make decisions based on what's best for the whole team," said Mattingly.

Look, Mattingly is an old school guy. He played for the greatest baseball franchise of all-time, the New York Yankees. He played hard every game and he obviously was not going to put up with a guy -- no matter how talented he is -- who was not giving his all in a game.

Puig had no sympathy from his teammates, either, who shunned him in the dugout afterward.

Message sent and received by Puig.

It was a move by Mattingly to show no player should be bigger than the team. Puig may not have liked it and was probably embarrassed by it, but I'll bet he'll appreciate it later down the road.

This move may also be the exact thing that keeps Puig's head in the game come October. These days, in all sports, coaches can learn a much-needed lesson from what Donny Baseball did. He earned that nickname, and he expects his players to live up to it, as well.