Proposal at Fenway Park Goes Completely Off The Rails 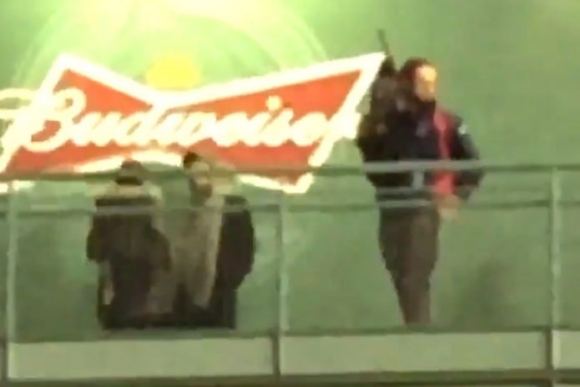 For some perverse reason, fans at public sporting events enjoy making spectacles of themselves.

This phenomenon includes the occasional marriage proposal shown on the big screen for all to see.

You may want to make damn sure that special lady friend is going to answer in the affirmative.

This is the way it's supposed to go at Fenway, assuming you're playing with house money:

But, alas, when these things go off the rails, video gets pulled from social media left, right, and center, leaving only the remnants of texts.

And you probably thought that sorta public backfire only happened to Fox News.

Too bad the dude at Fenway couldn't have segued from one girl to another like that reporter did with diner patrons.

However, it bears mentioning again:

You really want to be certain that a yes is forthcoming.

Fans at Fenway watching the Red Sox' and Orioles' epic tussle became fully engaged in this train wreck, even chanting She said no, which must've been nice to hear for this unfortunate couple.

The Twitter backlash was almost immediate from inside the ballpark:

That is some expensive humiliation.

Sadly, we're not privy to the aftermath of this debacle, but dude should probably avoid this sort of masochism in the future.