Proof Once Again: Pro Athletes Are That Good 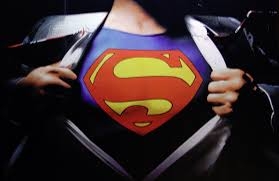 Pat Jordan is one of the greatest sportwriters ever to grace the genre.

Here's one of his most astute observations about professional players:

Look past its obviosity and note the point:

As such, those dudes do incredible things.

Dude wasn't gonna let a moment of immediate pain keep him from making one of the most athletic plays of all time:

Then there's the likes of Giancarlo Stanton, who accepts the challenge of the hardest skill in sports:

Not to mention very, very far:

Those dudes are doing a buncha little things to make big things happen, but on occasion, subtle glimpses of the muscle memory making routines virtually subconscious are put out on Front Street.

This is running a precision route on a timing pass, to the point where he doesn't even need to look for it:

And now, San Francisco Giants All-Star catcher Buster Posey has shown just how accurate those mundane tosses back to a pitcher can be:

It's no wonder we watch.