Posting Loophole Could Put Tanaka in the Majors This Year 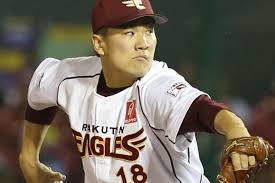 No matter what the league, RHP Masahiro Tanaka had a season for the ages in 2013.

Pitching for the Tohoku Rakuten Golden Eagles of Japan's Pacific League, the 24-year-old staff ace justified the label, going 24-0 with a 1.27 ERA in 28 starts. In 212 innings, he only yielded 168 hits with a stunning 183:22 strikeout-to-walk ratio. And 2014 wasn't a fluke; Tanaka's putting together an elite career.

His skills were on display in last spring's World Baseball Classic. Here he is, striking out six Cubans in two innings on the way to a 6-3 victory:

No wonder he's casting his eyes toward North American shores.

But the Golden Eagles aren't having it. With the new posting system putting a $20million ceiling on what a Japanese team can charge for allowing a rostered player to negotiate and sign an MLB contract, why should it? Because Boston paid $50million for exclusive rights to Daisuke Matsuzaka and Texas shelled out nearly $52million to do a deal with Yu Darvish, early speculation was that Tanaka could fetch a $60million windfall for Rakuten.

The Golden Eagles are preparing to offer Tanaka an $8million contract extension. It'll spend well, but their star right-hander could have been making as much as $12million more this season if the MLB hype is to be believed. So he's probably not much happier with his club than his club is with the posting agreement.

Yes, Tanaka could sign the extension and end it there, becoming a free agent and making his own MLB deal in 2015. Observers believe that will be a lucrative move for him, given the other players due to be available then. But no future is guaranteed. Ask Dice-K; he's still cashing checks, but timing had everything to do with his bonanza. Who knows? Tanaka could come up sore this season, which could cost him millions.

However, there may yet be room for a bit of financial chicanery this year that would no doubt please both Rakuten and Tanaka.

There's nothing in the rules that says this can't happen. Rakuten officials have surely been made aware of the possibility by now. The only question is whether or not they feel like tweaking a few poobah noses and counting a few extra dollars.