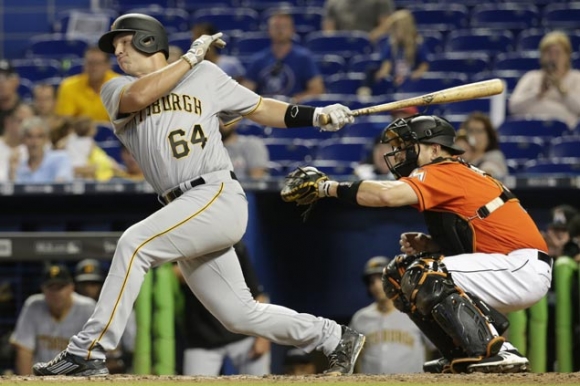 So much for hard work and sacrifice.

This past weekend, 24-year-old catcher John Bormann was allowed to circumvent the traditional path to the big leagues.

The Pittsburgh Pirates, desperate for a warm backup body behind the plate because of an injury to regular catcher Francisco Cervelli, reached out to Bormann.

Here's the thing though.

Dude plays for the Bradenton Marauders.

For those of you playing along at home, that would be the Class A Florida State League.

Bormann was supposed to be headed to Port Charlotte to face the hated Stone Crabs.

Instead, he was re-routed to Miami for an afternoon game with the Marlins.

Dude actually got into the game as a pinch-hitter in the ninth inning, following a few other unique Bucco farmhands to get a taste of The Show:

Unfortunately, he struck out, and looked bad doing so.

It appears the Pirates have grown weary of debuting international talent and will now begin plucking random players from complete obscurity.