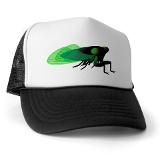 Although the American sporting world had the Monday Night Football doubleheader on center stage, there was plenty of meaningful action around MLB last night.

Let’s start with the Cinderella season of the Pittsburgh Pirates. They beat the Texas Rangers, 1-0, in Arlington, Texas for win No 82 on the season, clinching their first winning campaign since 1992. I was a sophomore in high school and Barry Bonds still wore a size 7¼ New Era fitted cap, if that tells you anything!

Now, not even the Cubs, Jets, Bobcats/Hornets, or Maple Leafs have suffered a streak like that. It may never be matched or beaten -- no pun intended -- in our lifetime! Here’s hoping they have a successful run in the post-season. Based upon the Steelers' performance on Sunday, the Pirates may be the only thing keeping the Steel City’s attention until Sidney Crosby and Evgeni Malkin lace up their skates.

Max Scherzer failed in his attempt to become the majors' first 20-game winner by losing to the hapless Chicago White Sox.  He still has a couple starts left, and unless the entire Tigers lineup mails it in between now and the end of the season, he should easily win his first Cy Young award.

Juan Uribe of the Los Angeles Dodgers hit three home runs against the Arizona Diamondbacks to further pad the Bums' lead in the NL West over the Arizona Diamondbacks. Adrian Gonzalez, Hanley Ramirez, and Andre Ethier also chipped in with bombs of their own. No, not the kind we’re debating raining down on Syria, unless one of those three dudes gets a hanger. Judging by the highlights of the game, the term fashionably late applies to the seventh inning at Chavez Ravine!

Two other games in the AL had playoff implications, with the Baltimore Orioles defeating the New York Yankees by a score of 4-2. What’s up with CC Sabathia lately? Alex Rodriguez hit his fifth home run of the year to pull within nine of Willie Mays on the all-time list. That’s going to go over like a fart in church when he passes the Say Hey Kid! In spite of that, Orioles righty Chris Tillman won his 16th game of the year. Orioles fans must send former Mariners GM Bill Bavasi Christmas cards every year for that trade, which also landed all-star CF Adam Jones in Baltimore. And, no, Seattle didn't even get as good as a handful of magic beans. Just Eric Bedard.

With a wild card berth on the line, the Cleveland Indians defeated the Kansas City Royals, 4-3, to go up two games on KC.  Indians starter Ubaldo Jimenez K’d 10 and went seven strong innings just to show Rockies fans what they’re missing out on!

At the other end of the spectrum, the Houston Astros visited the Seattle Mariners in the race to stay out of the AL West basement.  Pretty sure Houston already has that clinched, but they did beat the Mariners 6-4 by scoring four runs in the ninth.  Seattle committed three errors, which reminds us of a famous quote from the movie Bull Durham. The Bulls manager is addressing his team in the locker room after another agonizing defeat, and gets back to basics.

And while Eric Bedard is now on the Astros roster, he didn't haunt the Mariners last night, except perhaps when they looked  at the Orioles score on their outfield wall.

Washington Nationals starter Gio Gonzalez threw a complete-game, one-hit shutout over the New York Mets, who are still clearly hanging onto the fact that they hosted the All-Star game this year. Great, Mets fans! One team gets chosen every year, and it just so happens you built a brand new stadium with government bailout money and wanted to show Citi Bank didn’t fold like your team in a playoff hunt.

So, in case you were glued to the TV to see the season debut of RGIII and were fascinated how Eagles head coach Chip Kelly’s fast-paced college-style offense translated in the NFL, that’s what you missed from around the diamond.

But the real highlight last night takes the form of congratulations to the city of Pittsburgh. They’ll have a team in the upcoming post-season and will probably have to wait until April to have another. 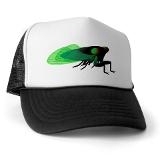 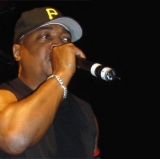