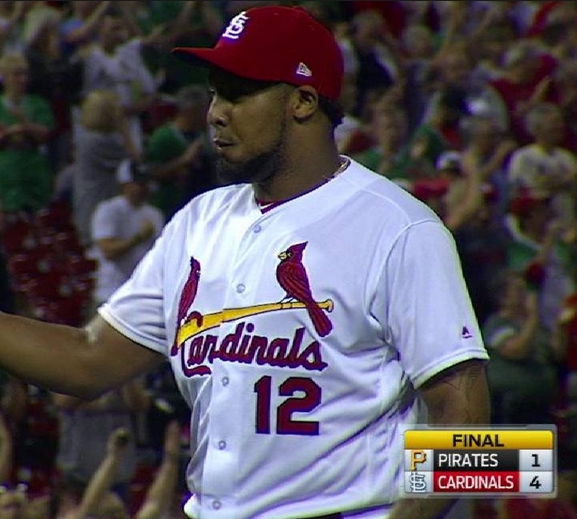 If anyone knows how to pitch to a team, it's a dude who recently pitched for that team.

The latest instance is the result of a Pittsburgh Pirates roster move that blew up in their collective face.

Unfortunately, the Buccos are one of those clubs whose owner has them walking a fine line financially, which leads to tough decisions around mid-season.

Specifically, are they buyers or sellers of baseball talent?

Juan Nicasio was having a decent season for the Pirates, hurling 60 innings to the tune of a 2.85 ERA and notching 60 punchies.

But by the end of August, the club concluded they were well and truly outta the race and decided to dump the pending free agent so prospects could take his innings.

The only thing they didn't want was to have a contender grab him. So they stuck Nicasio on irrevocable waivers, and the woebegone Phillies said thank you very much.

As it happened, yes.

Because the Phils are already in the painful stage of rebuilding, and they had other priorities, like acquiring more prospects.

If anyone's got a rich farm system, it's the St Louis Cardinals. Their AAA club in Memphis set a team record for wins, and that's with no fewer than nine players called up to the big club at one time or another.

What's more, there were more in the system where they came from, and Philadelphia grabbed one in exchange for Nicasio.

That's right. One could call the Cardinals a playoff contender. But that was Pittsburgh's qualifier, not Philly's.

And who was the first team Nicasio faced as a member of his third team in eight days?

A team that probably knew he could field his position, like he did with this gem:

Dude followed that save with another the next day.

This is quite the value enhancer for a player many thought wouldn't totally recover -- or want to -- after a scary incident when he was pitching for Colorado.

Not only did Nicasio take an Ian Desmond liner to the head, he fractured vertebrae in his neck when he fell:

It's safe to say his recovery's complete.

Because the trade to St Louis occurred after 31 Aug, dude won't be eligible for the post-season if the Cardinals get there.

Still, he's part of a race and, if he keeps it up, likely a raise when free agency rolls around.