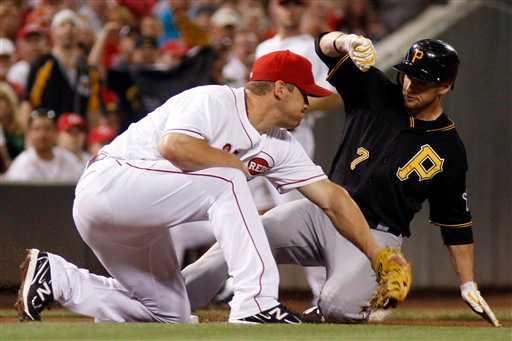 While much can still happen in the final weekend of the Major League regular season, there's still so much of the playoff picture that hasn't been revealed.

For example, the MLB betting community will get an early look at the National League wild card game when the Cincinnati Reds play host to the Pittsburgh Pirates.

Now that both have clinched a wild card berth and the St Louis Cardinals sit out in front in the NL Central Division, it’s hard not to view the head-to-head clash as the stage setter for next week's action. It's a virtual pre-playoff, if you will.

And yes, if the Chicago Cubs can do the improbable and sweep their traditional rival Cardinals at Busch Stadium this weekend, then the Pirates could claim the division title with a road sweep of the Reds. This would occur because they won the season series against St Louis, 11-9.

Both Cincinnati and Pittsburgh have flirted with the division title at various points throughout the year, and neither has really run the risk of missing out on the playoffs altogether. The three-game series that begins tonight will determine home field advantage for next week's one-and-done wild card game. This is because their season series is currently tied, 8-8; if the Reds take two of three, they'll end in an overall tie with the Pirates but claim home field by virtue of winning the season series.

That’s why, even though this will represent Pittsburgh’s first playoff appearance in over two decades, they’re legitimate factors on the MLB futures. According to Bovada, the Pirates have 16:1 odds on the World Series futures, while the Reds sit ever so slightly higher at 12:1.

Will the upstart Buccos be able to capitalize on their first opportunity to play October baseball since the first Bush administration?

Check them out in this pivotal regular season series finale before betting on them to win the World Series.