Pineda's Pine Tar: Get a Grip 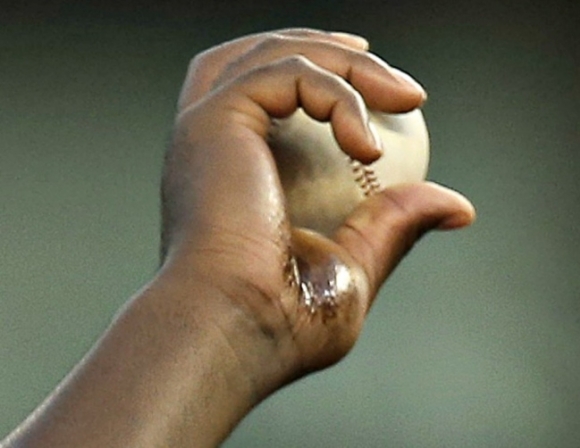 To do so, it's useful to be aware that social morés are heavily influenced by contemporary reason. And if nothing else, reason is located squarely in the wheelhouse of science.

Thus, here are the two dudes whose impact on mankind stretched beyond the world of physics into realms such as sports:

The moral of the story, then, is played out in every aspect of social life:

Think about it. The speed limit sign says 60, so drivers do 70 with relative impugnity. The credit card bill is due on the 20th, but it can be paid on the 22nd without penalty. And foreign substances aren't supposed to be on a baseball, but they're there all the time.

So what's the big deal about Yankees' hurler Michael Pineda making certain he can get a firm grip on a ball that will soon be traveling plateward at speeds up to the mid-90s? Does that substance make the ball move weirdly beyond a pitch's normal run? Take a look:

Ever since the Cleveland Naps' Ray Chapman was killed by a pitched ball in 1920, baseball has mandated that fine silt from a Delaware River tributary be rubbed into every game ball so pitchers can better control where they're throwing it. It was slimy stuff like spitballs that were outlawed, also a direct result of Chapman's demise.

Think about it some more. Batters use pine tar to get a better grip so their gamer doesn't go flying into damaging consequences.

Perhaps Pineda overdid it, but his pitches weren't moving deceptively and his control was sharp. Most tellingly, the Red Sox understood.

However, the incident began to get legs in the media cycle. That meant MLB's top-cop exec -- none other than Joe Torre, who as a former player and manager, gets it  -- had to harrumph for public appearances. So he did. That's that. Move along. Nothing else to see here.

Except maybe a cool tune by the Stranglers. Because everything's relative.