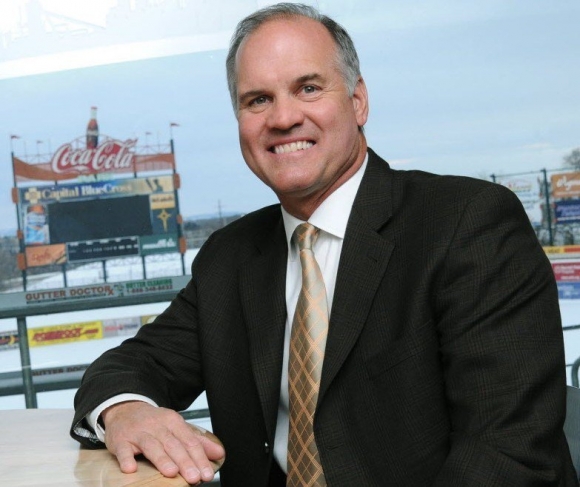 Chicago Cub fans should be used to having to swallow bitter pills by now, and this week has provided classic examples.

First, Alfonso Soriano re-discovers his stroke as soon as he gets the small bear off his uniform, and now a Cub icon gets a chance to do what the organization kept denying him the opportunity.

Today, the Phillies dumped current manager Charlie Manuel and and announced third-base coach Ryan Sandberg has been installed as the interim skipper.

Despite leading the Phillies to a World Series title in 2008 and five NL East titles, Manuel and the Phillies have reverted back to their old ways of being, well, losers. The Phils are currently in fourth place in the NL East, 20½ games out of first place and out of the playoffs again. And of course, there was only so much that long-in-the-tooth Manuel could do with his long-in-the-tooth team core while GM Ruben Amaro Jr basically sat on his hands the past two seasons. And, of course, he wasn't going to fire himself.

So now, with just a few weeks to go in the season, they turn to Hall-of-Famer Sandberg, who has ridden the buses as a minor-league manager in the Philadelphia organization.

Unlike many baseball stars who feel entitled to a direct shot at an MLB helm, Sandberg paid his dues by managing in the minors for the Cubs from 2007 to 2010, but after being passed over for the big club's managerial job in favor of Mike Quade, Sandberg left the organization to manage the Lehigh Valley IronPigs (the Phillies' Triple-A affiliate) and was later brought up to the big leagues this season as the third-base coach.

This has been a long time coming for Sandberg, who wanted so badly to be manager of the Cubs. But as these things have a tendency to do, the Chicago Cubs screwed up again and will have to watch Sandberg coach in a Phillies uniform.

For their fans, at least, it will be hard to swallow indeed.